Shaun Marsh had missed the first match on November 4 in Perth due to a minor surgery on an abscess in his buttock region. 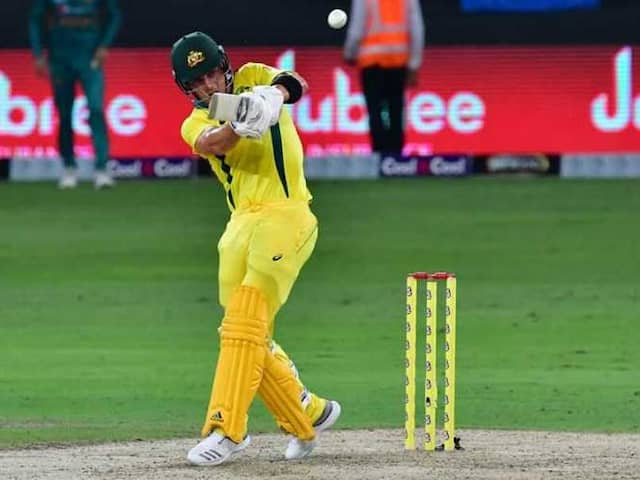 Ben McDermott has played a handful of Twenty20 Internationals.© AFP

Queensland batsman Ben McDermott was on Tuesday added to Australia's One-day international (ODI) squad for the last two matches of the three-match series versus South Africa. Shaun Marsh's uncertainty for the second match led to McDermott's addition to the ODI side. Marsh had missed the first match due to a minor surgery on an abscess in his buttock region. "We will continue to monitor Shaun's progress and give him every opportunity to prove his fitness ahead of the match," said selector Trevor Hohns.

D'Arcy Short had replaced Marsh in the first game in Perth but fell for a second-ball duck as Australia were bundled out for 152, going on to lose the tie by six wickets.

McDermott, the son of Australian fast bowling great Craig McDermott, has played a handful of Twenty20 Internationals previously, but is wet behind the ears in the 50-over format.

Australia have come under heavy criticism after a string of losses. They have now crashed to 17 losses in their last 19 ODIs, including an unparalleled seven defeats in a row, with batting failures a prominent feature for much of the year.

After losing the recently concluded Test and T20I series against Pakistan, Aaron Finch was made the captain for the ODI series.

After losing the first ODI to South Africa by six wickets, Finch admitted that self-doubt is creeping into Australia's batsmen after another woeful display against South Africa, but he insists "the wheel will turn".

"You'd say that guys are probably at times doubting themselves," Finch had said.

"It will turn," he said. "The way we are training and preparing, the wheel will turn, and it will happen quickly," Finch further added.

The second of the three-game series will be played at Adelaide on November 9.