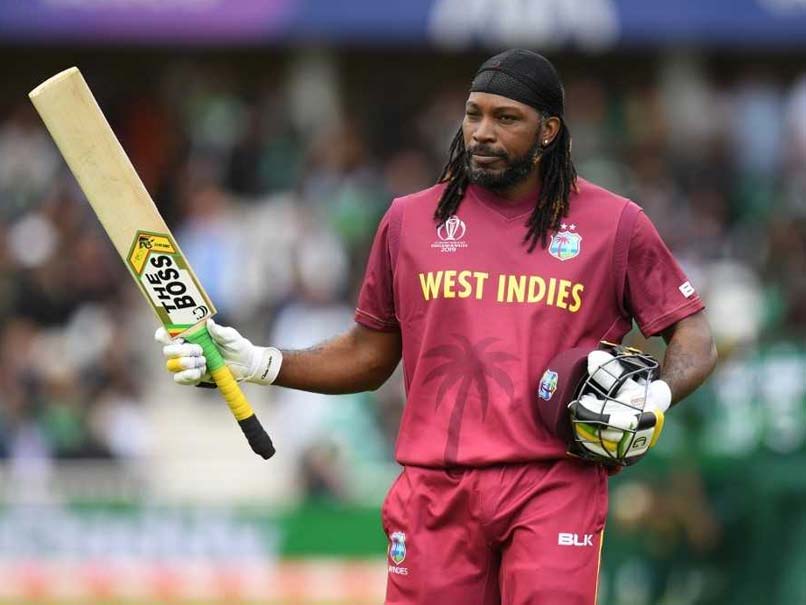 Chris Gayle scored 50 off 34 as West Indies crushed Pakistan by seven wickets in their World Cup 2019 match at Trent Bridge on Friday. West Indies cruised to victory in just 13.4 overs, Chris Gayle top-scoring with 50. Chris Gayle reached his half-century with three sixes and six fours before he was dismissed off the next ball he faced. During his innings Gayle, who calls himself the "Universe Boss", broke the record for the most sixes hit in World Cup history. He now has 40 maximums, three more than retired South African batsman AB de Villiers.

Gayle smashed Hasan Ali for two consecutive sixes in the fourth over of the West Indies innings.

Gayle's third six came in the 10th over of the innings bowled by Wahab Riaz, taking his total World Cup six tally to 40.

Ricky Ponting, with 31 sixes is third on the list. Brendon McCullum (29 sixes) is fourth and Herschelle Gibbs (28 sixes) is fifth.

Sachin Tendulkar and Sanath Jayasuriya (both 27 sixes) are tied at sixth. Sourav Ganguly (25 sixes) is in eighth place, Matthew Hayden (23 sixes) is ninth and Vivian Richards (22 sixes) is tenth.

As far as the match is concerned, fast bowler Oshane Thomas took four wickets as Pakistan were bundled out for their second-lowest World Cup total of 105 in just 21.4 overs on the second day of the competition in England and Wales.

Chris Gayle World Cup 2019 Cricket West Indies vs Pakistan, Match 2
Get the latest updates on India vs South Africa and check out  Schedule, Results and Live Score. Like us on Facebook or follow us on Twitter for more sports updates. You can also download the NDTV Cricket app for Android or iOS.