Bhuvneshwar Kumar pulled his hamstring in the game against Pakistan and he has been ruled out for two to three games by the team management. 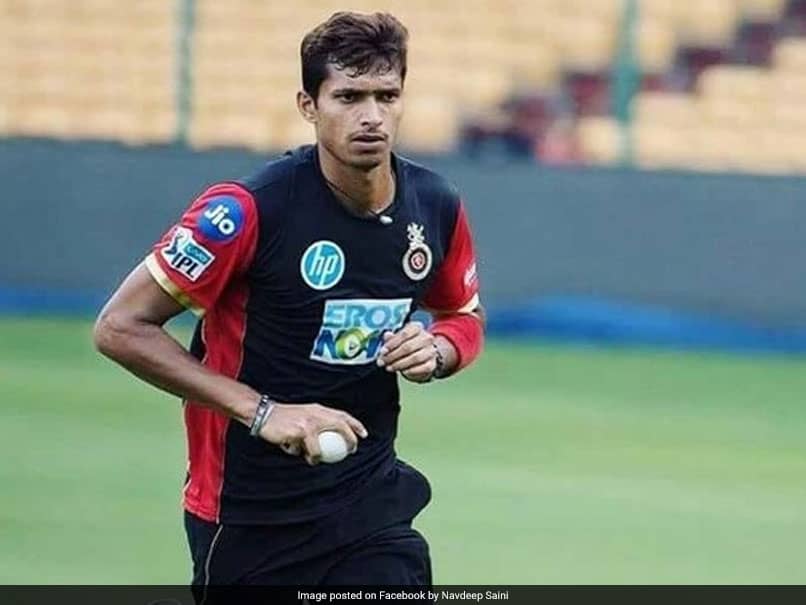 Bhuvneshwar Kumar's injury has forced Team India to call Navdeep Saini as a net bowler to provide practice to Indian batsmen. Saini arrived in Manchester on Monday ahead of India's World Cup 2019 clash against West Indies. The right-arm fast bowler is currently the only net bowler with the Indian team. Saini, who played for Royal Challengers Bangalore in the 2019 IPL, will train with the team, the BCCI was quoted as saying by ANI.

Reserve bowlers Deepak Chahar and Avesh Khan returned to India in the first week of June, while Khaleel Ahmed remained with the team. However, now with Khaleel also going, the Indian team has no net bowlers. Khaleel travelled back to feature in the series against West Indies A.

Saini was supposed to travel with other bowlers during the first half of the ongoing World Cup 2019, but due to an injury he sustained during the IPL, he didn't travel with the team.

The call-up of the 26-year-old Navdeep can probably lead to him being the stand-by of Bhuvneshwar Kumar, who suffered tightness in his left hamstring and walked off the field during the clash with Pakistan and subsequently missed the match against Afghanistan.

There is no confirmation from BCCI, however, if Bhuvneshwar fails to come for the nets session tomorrow or there is an issue with his recovery then the management may take a call. Jasprit Bumrah and Mohammad Shami are the two seam options for India.

India sit at the third place in the World Cup standings with nine points from five matches. The side is unbeaten in the tournament so far. They have won four games with one getting washed out.

Bhuvneshwar Kumar Navdeep Saini Cricket World Cup 2019
Get the latest updates on IPL 2020, check out the IPL Schedule for 2020 and Indian Premier League (IPL) Cricket live score . Like us on Facebook or follow us on Twitter for more sports updates. You can also download the NDTV Cricket app for Android or iOS.