Navdeep Saini picked up 11 wickets for the Royal Challengers Bangalore (RCB) from 13 matches in IPL 2019. 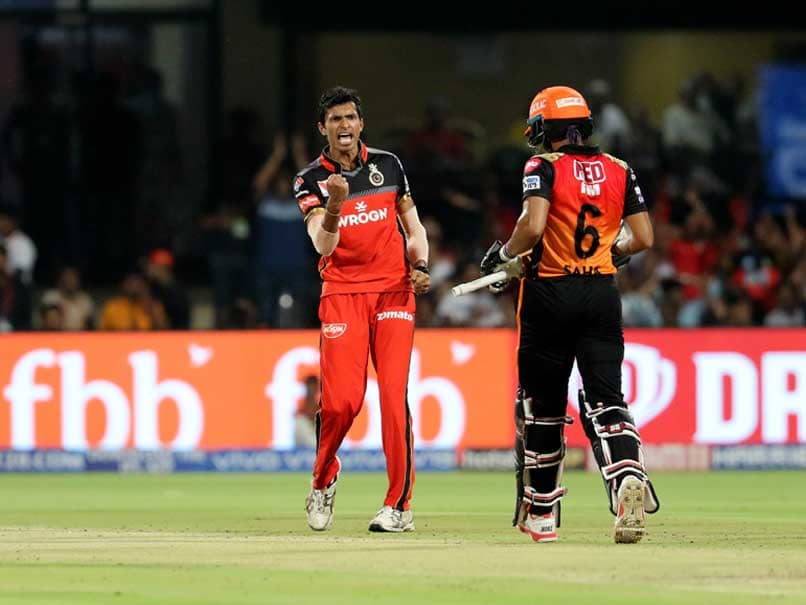 Speedster Navdeep Saini was impressive in the ongoing edition of the IPL and has rightly caught the attention of former England medium pacer Dominic Cork, who says India will have a "massive" future with him. Saini picked up 11 wickets for the Royal Challengers Bangalore (RCB) from 13 matches and was their second best bowler after spinner Yuzvendra Chahal. Though the Viral Kohli-led team failed to qualify for the playoffs, the 26-year-old pacer was impressive.

"For me when you look at Navdeep Saini, I think India will have a massive future with. If we actually clip on him here and we play.

"We need to see the deliveries with his pegs," Cork was quoted as saying in a media release on Monday.

"The one thing I want to tell these young bowlers is that its about the head position. He (Saini) can be a little taller.

"It looks like he is just going to fall away so he might put his weight forward. So that is Saini, someone who is already very successful in this game," added Cork, who played 37 Tests for England.

Saini is one of the four pacers who will assist Team India in their ODI World Cup preparations in England. He will be a net bowler and help Team India during the World Cup along with three others, the BCCI had announced earlier.

Meanwhile, another young find from the current edition of the IPL was Assam's Riyan Parag, who played for the Rajasthan Royals. Former Australian batsman Dean Jones lavished praise on the teenager, who at 17 years and 175 days, became the youngest player to register an IPL fifty.

He achieved the feat against the Delhi Capitals. "Riyan Parag is an absolute potential superstar. I reckon he plays amazing shots to all parts of the ground.

"He has amazing stroke play and is good on the backfoot and front foot, he's good everywhere. He has a knack for getting into the right position just as the ball is released,"Jones said.

"Just like (South African superstar) AB de Villiers he gives himself access to the ball to hit it 360 degrees," said the former Australian cricketer. Parag scored 160 runs from seven matches but impressed one and all with his striking ability.

Royal Challengers Bangalore IPL 2019 Cricket
Get the latest updates on IPL 2021, IPL Points Table , IPL Schedule 2021 , live score . Like us on Facebook or follow us on Twitter for more sports updates. You can also download the NDTV Cricket app for Android or iOS.