Only one of three World Cup 2019 matches scheduled to take place in Bristol has produced any play. 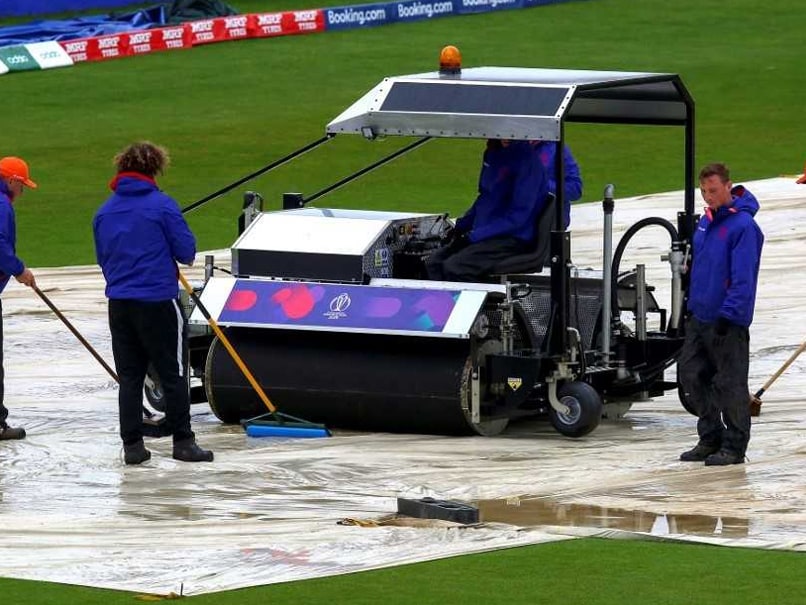 The Bangladesh vs Sri Lanka World Cup match was abandoned without a ball being bowled.© AFP

Sri Lanka's World Cup 2019 match against Bangladesh was abandoned without a ball being bowled due to rain in Bristol on Tuesday. It was the second successive World Cup match at Bristol that had fallen victim to bad weather, with Sri Lanka's group game against Pakistan at southwest county Gloucestershire's headquarters on Friday also a no-result washout. Only one of three World Cup matches scheduled to take place in Bristol produced any play, champions Australia launching their title defence with a seven-wicket victory over outsiders Afghanistan.

And with rain continuing to fall, the umpires -- after several inspections -- bowed to the inevitable by calling the game off at 1:57 pm (1257 GMT).

Both sides received a point for the washout.

It was the second World Cup no-result in as many days after rain cut short South Africa's match against the West Indies in Southampton on Monday.

County Ground, Bristol World Cup 2019 Bangladesh vs Sri Lanka, Match 16 Cricket
Get the latest updates on IPL Auction 2023 and check out  IPL 2023 and Live Cricket Score. Like us on Facebook or follow us on Twitter for more sports updates. You can also download the NDTV Cricket app for Android or iOS.