The move was inspired by Australia head coach Justin Langer, who last year described himself as "a bit of a hippy", spending a month a year growing out his beard and walking barefoot. 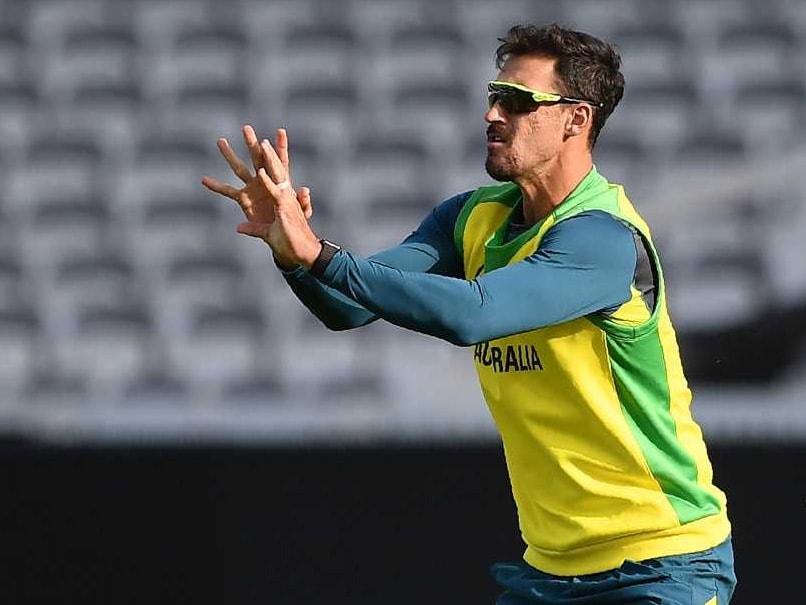 Mitchell Starc is the leading wicket-taker in World Cup 2019.© AFP

Australia's stars walked barefoot on the Edgbaston pitch on Monday in an unusual team bonding session in the build-up to their World Cup semi-final against England. Aaron Finch's side began their training session at Birmingham venue for Thursday's England showdown by discarding their socks and trainers. The World Cup holders then took a walk across the playing surface and sat for more than half-an-hour in the same state as they took it in turns to talk to each other about their emotions ahead of the final week of the tournament.

The move was inspired by Australia head coach Justin Langer, who last year described himself as "a bit of a hippy", spending a month a year growing out his beard and walking barefoot.

Australia batsman Peter Handscomb has yet to play in the tournament, having joined up as a replacement for Shaun Marsh, but is in line to face England in place of the injured Usman Khawaja.

Asked for his take on the walkabout and 'bonding circle', Handscomb said: "It's just a moment to get a feel for the ground, literally.

"You do that lap and you can see all the different views from the ground and where you might be fielding and it gives you an opportunity to take it all in before it all starts on Thursday.

"We had an open and honest conversation and it was great that some of the guys poured their heart out there about what it meant to get to the semi-final.

"There were some really good stories: what it meant for them and their first memories of cricket growing up. It was really nice to see what playing in the finals means to this group."

Edgbaston, Birmingham World Cup 2019 Cricket Australia vs England, 2nd Semi Final
Get the latest updates on SA vs IND 2021-22, check out the Schedule and Live Score . Like us on Facebook or follow us on Twitter for more sports updates. You can also download the NDTV Cricket app for Android or iOS.