Despite not qualifying for Friday's final the team from the warn-torn nation achieved enough to sound warning bells for World Cup 2019 teams. 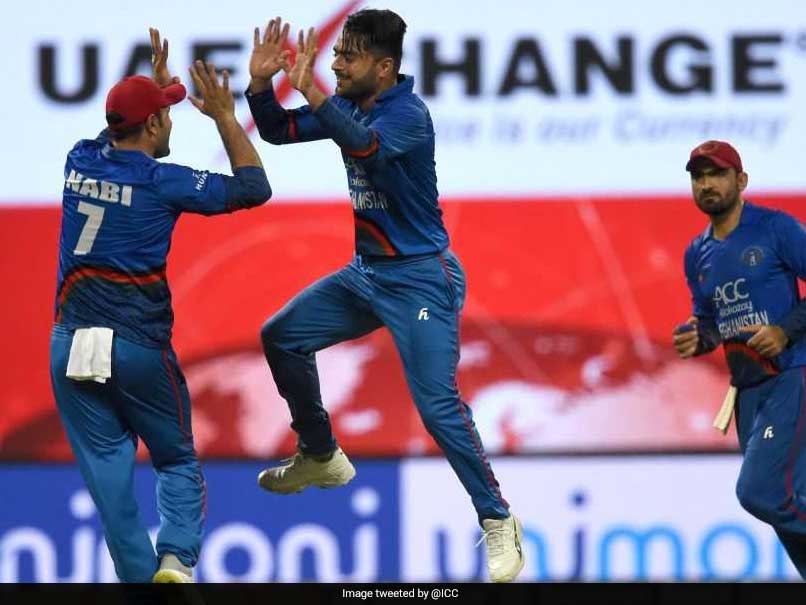 Before the start of the Asia Cup Afghanistan captain Asghar Afghan had warned his team would not only compete but would achieve something special. Despite not qualifying for Friday's final the team from the warn-torn nation achieved enough to sound warning bells for World Cup 2019 teams. Afghanistan finished the tournament on a high when on Tuesday they pulled off a sensational last over tie against world number two India in Dubai, proving they are a team on the rise. They upset Sri Lanka by 91 runs before thumping Bangladesh by a big 136-run margin to enter the Super Four Stage, where they narrowly lost to Pakistan by three wickets and to Bangladesh by three runs -- both in last over finishes. Their heroics, Asghar believes, have sent warnings to major nations for the World Cup 2019, to be held in England from May 30 to July 14 next year.

"We can hold our heads high and this performance gives us pride," said Asghar after the India game in Dubai. "Remember, this is a warning for the World Cup teams."

Afghanistan's progress embodies a fairytale rise since the Russian invasion of their country in 1978 forced millions to flee and lived in refugee camps outside Pakistan's border city of Peshawar.

It was in Pakistan where they were exposed to cricket and, after learning the game, started a continuous rise since 2009, featuring in the World Twenty20 a year later and playing their first World Cup in 2015.

Afghanistan featuring in the semi-final of Junior World Cup in New Zealand earlier this year and winning the Junior Asia Cup in Malaysia in the presence of India and Pakistan mean they have a bright future. Asghar is confident things will be in place to fulfill the dream of beating the bigger teams.

"I am just trying to make sure everything gets to the level of the bigger nations," said Asghar, whose first major competition was the 2010 World Twenty20 in the Caribbean.

"We want to beat the bigger teams, that's how we improve. At the end of the day, winning is important to me."

Exposure to Twenty20 leagues in India, Australia, the West Indies, Bangladesh and England have added a new dimension to the skills of Afghanistan players.

They now have a superstar in leg-spinner Rashid Khan, who became the fastest to 100 one-day international wickets, in 44 games, becoming a role model in his country where cricket has become the number one sport.

He was the second highest wicket taker in the Indian Premier League with 21 this year.

"I think the leagues are very important for our players," said Asghar. "A few of our guys have played different leagues and sharing the dressing room with experienced international players has helped."

With the arrival of West Indian coach Phil Simmons this year, Afghanistan's batting has gone to next level. They posted totals of 249, 255, 257, 246 and 252 in the tournament, with shrewd strategies.

"Definitely, we have improved in our batting," said Asghar. "In the Asia Cup it was okay but when we're going to a mega event like the World Cup, there is still lots to improve."

"I think their cricket has gone up a lot," said Dhoni. "If you see how they've continued playing right from the start of the Asia Cup, it's been commendable.

"They're the one country that has risen through the ranks."

Asghar Afghan Asia Cup 2018 India vs Afghanistan, Super Four - Match 5 Cricket World Cup 2019
Get the latest updates on Fifa Worldcup 2022 and check out  Fifa World Cup Schedule, Stats and Live Cricket Score. Like us on Facebook or follow us on Twitter for more sports updates. You can also download the NDTV Cricket app for Android or iOS.