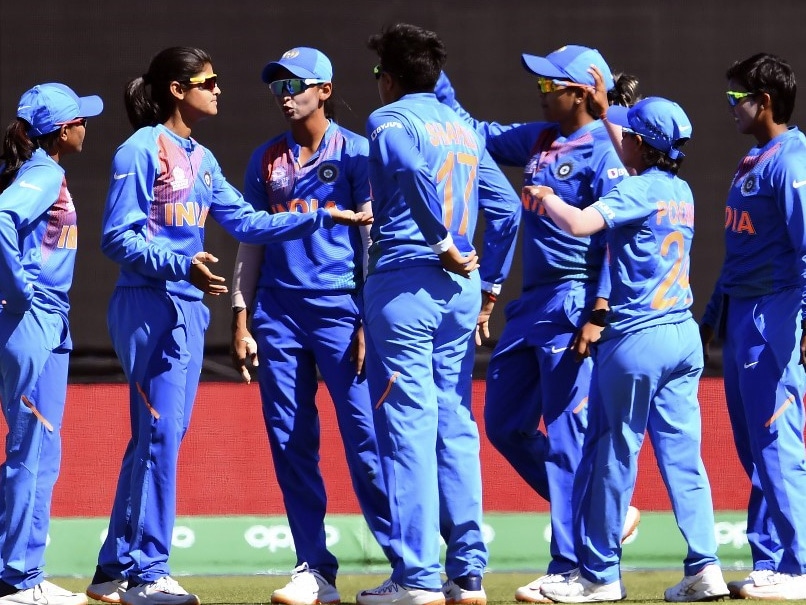 Women's T20 World Cup: India have won all their matches in the tournament so far.© AFP

The India women's team will face England in the semi-final of the Women's T20 World Cup in Sydney, while South Africa will play Australia in the other semi-final clash. Both matches will be played in Sydney on Thursday. India topped their group with a perfect record in the tournament, while South Africa's rained out match with the West Indies meant the teams shared a point each and South Africa finished as table-toppers with one point more than England.

India and England played each other in the semi-finals of the 2018 T20 World Cup as well, with England emerging winners.

The India-England match will be a clash of heavyweights. England have the two top run-getters in the tournament in Nat Sciver and Heather Knight, while the third highest run-scorer is India's Shafali Varma.

Heather Knight also has the highest individual score in the tournament, having smashed 108 against Thailand.

India's Poonam Yadav has the most wickets in the tournament so far, while England's Sophie Ecclestone and Anya Shrubsole are close in pursuit in second and third spot so far.

England have beaten India in four of their last five T20I encounters.

There will be pressure on India's star batters Smriti Mandhana and Harmanpreet Kaur to step up, with young opener Shafali Varma having been the only bright spot with the bat for India so far.

India will also be looking at their bowlers to shine once again and take them through to the final. Harmanpreet Kaur will be hoping the likes of Poonam Yadav, Shikha Pandey and Radha Yadav will do the damage against a strong batting lineup.

The India-England semi-final will start at 9:30 am IST while the Australia-South Africa match will begin at 1:30 pm IST on Thursday.

Australia Women Cricket
Get the latest updates on IND vs NZ 2021, check out the Schedule and Live Score . Like us on Facebook or follow us on Twitter for more sports updates. You can also download the NDTV Cricket app for Android or iOS.