South Africa will face defending champions Australia in the women's Twenty20 World Cup semi-finals after their match against the West Indies was washed out. 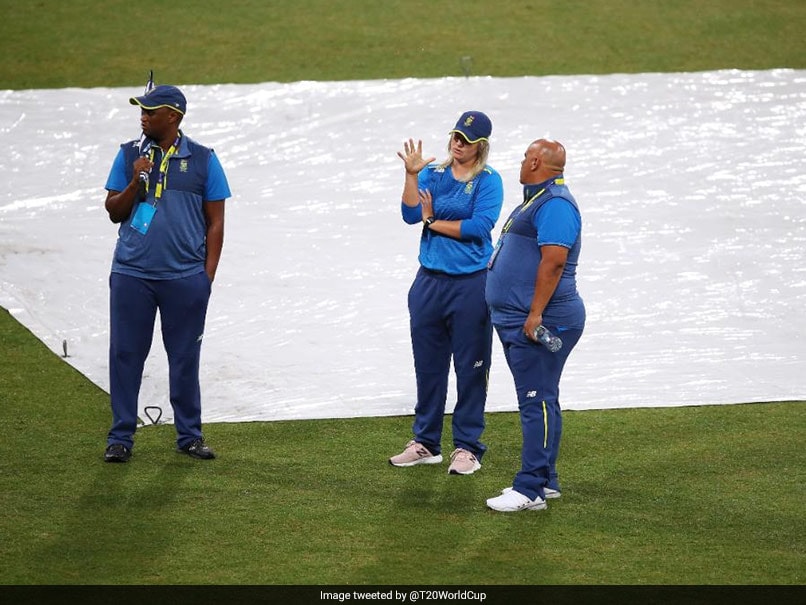 South Africa will face defending champions Australia in the women's Twenty20 World Cup semi-finals after their match against the West Indies was washed out on Tuesday, leaving India to take on England. The Proteas needed to avoid defeat against the already-eliminated West Indies to top Group B and with the match in Sydney abandoned without a ball being bowled, they earned a point to ensure that happened. "I couldn't have asked for better, our first goal coming here was to get to the semi-finals," said skipper Dane van Niekerk.

"Generally in these tournaments, we've lost at crucial times, whereas in this tournament, whenever we've been down we've got up again. It's nice that everything is slowly but surely coming together."

South Africa have never beaten four-time champions Australia, who suffered a big blow on Tuesday with star allrounder Ellyse Perry ruled out of the tournament with a hamstring injury.

"What better way to do it (beat Australia) than in a World Cup semi-final. We're not used to the bigger-stage games, but hopefully everything comes together for us," she added ahead of the match in Sydney on Thursday.

Group B runners-up England, the 2009 champions, play unbeaten Group A winners India on the same day.

Earlier, qualifiers Thailand ended their inaugural World Cup on a high, posting their biggest ever T20 international score before the heavens opened and their clash with Pakistan was also called off.

They had lost all three of their previous games, with a highest total of 82.

But, after winning the toss at Sydney Showground, they stunned Pakistan with their aggressive batting approach, racing to 150 for three off 20 overs.

Pakistan, who upset 2016 champions West Indies in their opening game before losing the next two, would have needed their record run chase to win but didn't face a ball.

"The openers were positive and aggressive and they did very well," said Thai captain Sornnarin Tippoch.

"We had an opportunity to come here and play against the big teams. I think it is good for us. We want to keep doing well. People at home will be happy, same as us. They will be cheering."

Chantam made 56 with some late big-hitting from Nannapat Khoncharoenkai and Chanida Sutthiruang ensuring Thailand passed their previous record of 133 for eight recorded against the Netherlands last year.

"It gave us the lesson that during cricket no team is bigger or smaller, you have to be on your toes every time," said Pakistan skipper Javeria Khan, adding that overall the tournament had been positive for her team.

"We'll walk away with our heads held high and our girls played some good cricket."

Australia Women Women's T20 World Cup Cricket West Indies Women vs South Africa Women, Match 20
Get the latest updates on SA vs IND 2021-22, check out the Schedule and Live Score . Like us on Facebook or follow us on Twitter for more sports updates. You can also download the NDTV Cricket app for Android or iOS.