Ellyse Perry injured her right hamstring while attempting a run out during Australia's final group stage match against New Zealand on Monday. 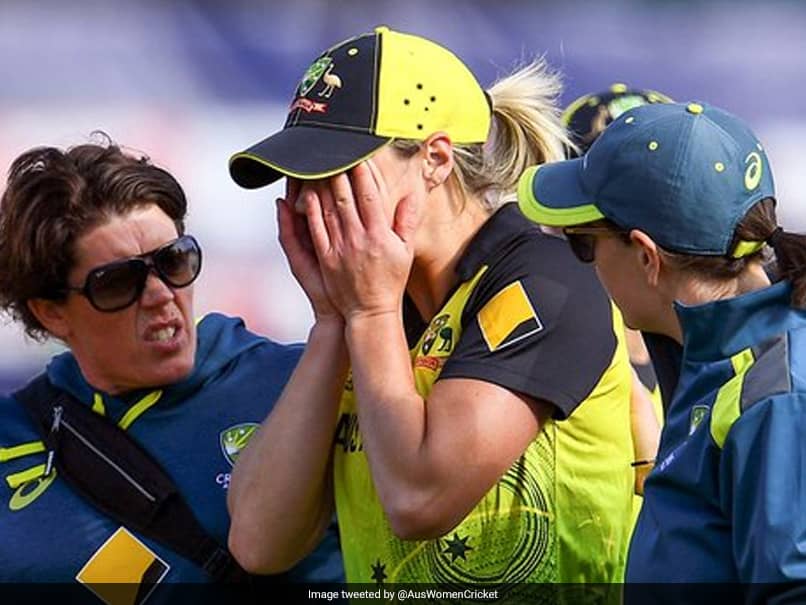 Ellyse Perry injured her right hamstring while attempting a run out.© Twitter

Star Australia all-rounder Ellyse Perry has been ruled out of the rest of the Women's T20 World Cup. On Monday, Perry injured her right hamstring while attempting a run out during Australia's final group stage match against New Zealand and immediately left the field. "Ellyse sustained a high-grade right hamstring injury that is expected to keep her out of the game for a significant period of time," said team doctor Pip Inge. "We are currently exploring management options and will continue to support Ellyse through her recovery."

A hamstring injury was not the first knock Perry was carrying in this competition, with question marks over her shoulder and hip leaving her doubtful for Australia's game against the White Ferns.

But she stepped up to the plate to take to the field in her country's must-win game, her late cameo with the bat proving invaluable in the four-run win.

The blow means Australia will contest a T20 World Cup match without Perry for the very first time.

The 29-year-old had featured in all 36 of her country's matches in the tournament to date, a run stretching back to the inaugural edition in 2009 when still just a teenager.

No replacement has been named with Perry to remain a member of the 15-player squad.

"Ellyse is a key member of our squad and has been for a long period of time and on a personal level we're disappointed that she won't have the opportunity to finish the tournament," said head coach Matthew Mott.

"She gives her absolute all every time she takes to the field for her country and that was evident again against New Zealand in the selfless manner in which she threw herself into her batting, bowling and fielding performances," he added.

Australia Women Ellyse Perry Cricket
Get the latest updates on IPL 2021, IPL Points Table , IPL Schedule 2021 , live score . Like us on Facebook or follow us on Twitter for more sports updates. You can also download the NDTV Cricket app for Android or iOS.