Virat Kohli took a little time off with wife Anushka Sharma before he returns to action in the Test series with the West Indies. 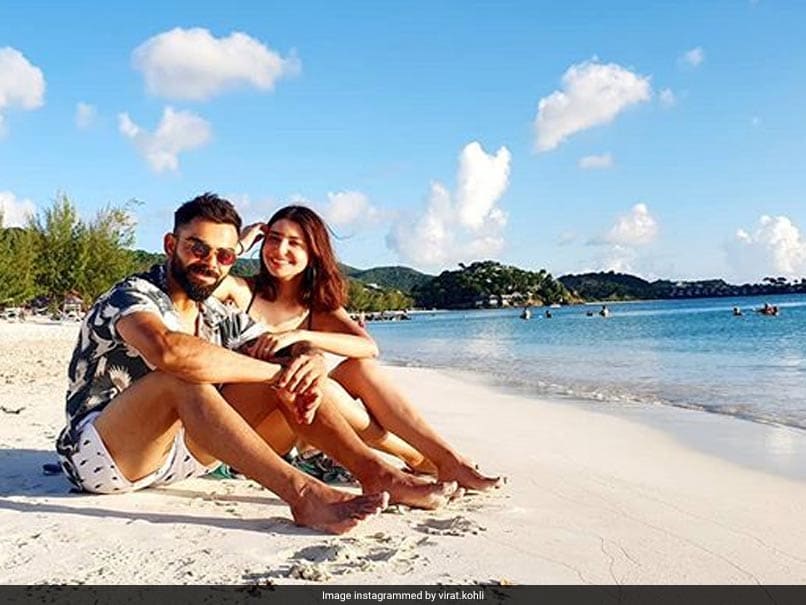 Virat Kohli and Anushka Sharma's pictures from the Caribbean have been doing rounds on social media.© Instagram @virat.kohli

Virat Kohli, who is currently leading the Indian cricket team on the full tour of the West Indies, took to Instagram on Wednesday to post a picture with wife Anushka Sharma. The Bollywood actress is accompanying her husband on the ongoing tour and their pictures from the Caribbean islands have been doing rounds on social media. Earlier in the day, Kohli's picture at a beach party with his team and the support staff at Jolly Beach in Antigua went viral. "Stunning day at the beach with the boys," Virat Kohli captioned the picture on Instagram.

India have already won the T20I and ODI series against the West Indies. Both the teams will now compete in a two-match Test match series, starting in Antigua on Thursday.

"The games are going to be much more competitive and it brings a lot of purpose to the Test matches you play. It's the right move and at the absolute right time," Kohli said during the West Indies Players Association awards night on Monday.

The first edition of the World Test Championship will see Australia, Bangladesh, England, India, New Zealand, Pakistan, South Africa, Sri Lanka and the West Indies fight for top honours across 71 Test matches in 27 series over the next two years.

Virat Kohli West Indies vs India 2019 Cricket
Get the latest updates on Olympics 2020, Olympics 2020 Medal Tally, Live Cricket Score . Like us on Facebook or follow us on Twitter for more sports updates. You can also download the NDTV Cricket app for Android or iOS.