Virat Kohli is just one century away from equalling former Australia skipper Ricky Ponting's landmark of scoring 19 tons as a captain. 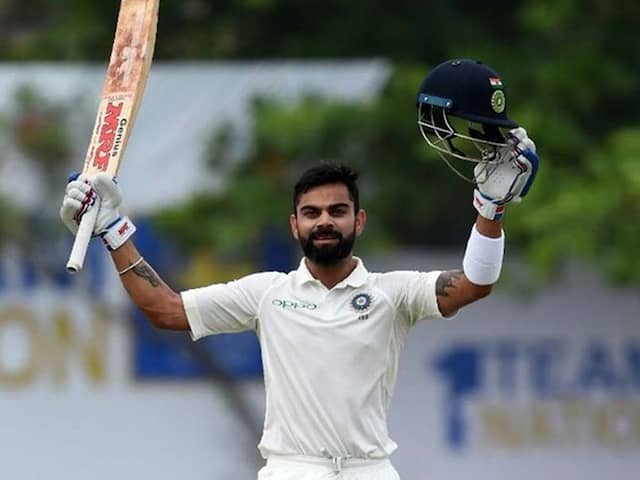 Virat Kohli was in tremendous touch in the ODI and T20I series against the West Indies.© AFP

Virat Kohli, despite hitting five half-centuries in the recently concluded World Cup 2019, was unable to find a three-figure score in the showpiece event. Virat Kohli, however, ended a long patch of century drought in the 50-over format with a hundred against the West Indies in the second ODI of the three-match series. India won T20I series 3-0 and emerged victorious in ODI series 2-0. The number 1 Test side is now eyeing to wrap up things with another series win, this time in the longest format of the game.

India captain Virat Kohli, who got back his century-hitting prowess back, is very close to reach another milestone. He is just one century away from equalling former Australia skipper Ricky Ponting's landmark of 19 tons as a captain. A century in Antigua will qualify Kohli to share the spot with Australia's legendary batsman.

The list is however topped by former South Africa skipper Graeme Smith who smashed 25 tons in 109 Tests. Interestingly, 17 of his tons came overseas.

India will play the first Test of the two-match series, from August 22 at the Sir Vivian Richards Stadium in Antigua.

The second and the final Test match will be played at historic Sabina Park in Jamaica from August 30.

Virat Kohli Ricky Ponting West Indies vs India 2019 West Indies vs India, 1st Test Cricket
Get the latest Cricket news, check out the India cricket schedule, Cricket live score . Like us on Facebook or follow us on Twitter for more sports updates. You can also download the NDTV Cricket app for Android or iOS.