"Get A life": Sunil Gavaskar Hits Out At Those Criticising Jasprit Bumrah's Action

Despite a non-conventional action, Jasprit Bumrah's line and length, coupled with pace and bounce, have proved to be nemesis for many batsmen. 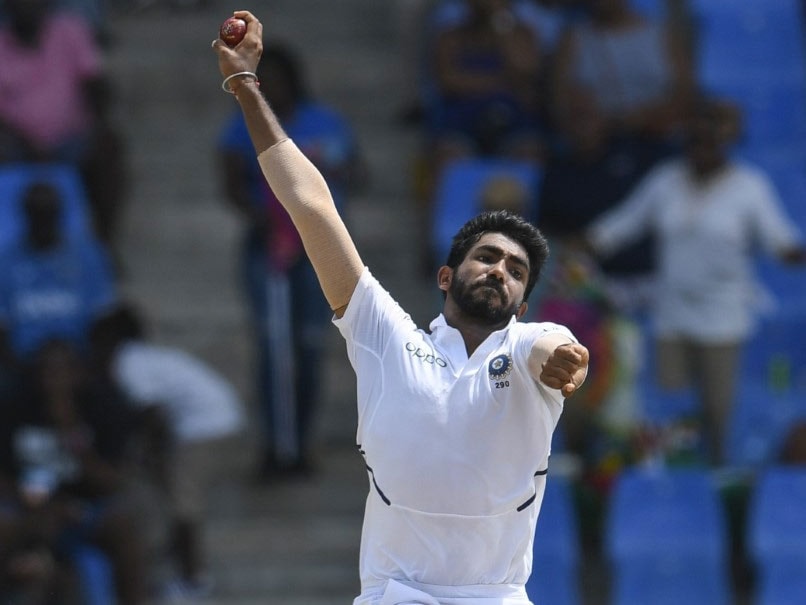 Jasprit Bumrah, in his short international career, has become India's most lethal and dependable bowler. What sets him apart from other bowlers is his unique action. Despite a non-conventional action, his line and length, coupled with pace and bounce, have proved to be nemesis for many batsmen. The ongoing Test series against the West Indies is no exception either as he has picked up wickets in bunches. While Bumrah continued to wreak havoc on the West Indies batsmen on Day two of the second Test, Sunil Gavaskar lashed out at people who criticise Bumrah's bowling action and advised them to "get a life". Gavaskar's furious reaction came after his fellow commentator Ian Bishop told him that "some people" questioned "the legality of Jasprit Bumrah's action".

"His action is unique but is well within the rules of the game. In fact, it's one of the cleanest ones. Some people really need to look in the mirror," Bishop added.

To this, Gavaskar, who was also present in the commentary box, expressed his disbelief. "Can you name them? Who are these people questioning Bumrah's action?" asked Gavaskar.

"Let's look at it closely...A few steps and then he gathers momentum and finally releases the ball with a straight arm. Now tell me at what point his arm is bent? It's perfectly fine.

"People should really get a life," Gavaskar added while explaining the bowling action of the 25-year-old Indian pacer.

Bumrah finished with figures of 6/27 in the first innings, helping India bowl out West Indies for mere 117. West Indies are 45/2 in their chase of 468 in the second Test.

India Cricket Team West Indies vs India 2019 Sabina Park, Kingston, Jamaica Cricket West Indies vs India, 2nd Test
Get the latest updates on IPL Auction 2023 and check out  IPL 2023 and Live Cricket Score. Like us on Facebook or follow us on Twitter for more sports updates. You can also download the NDTV Cricket app for Android or iOS.