Ajinkya Rahane Feels He Can Still Be Answer To India's No.4 Conundrum

Ajinkya Rahane said he loves batting at No. 4, a spot that has been bothering Team India for a long time. 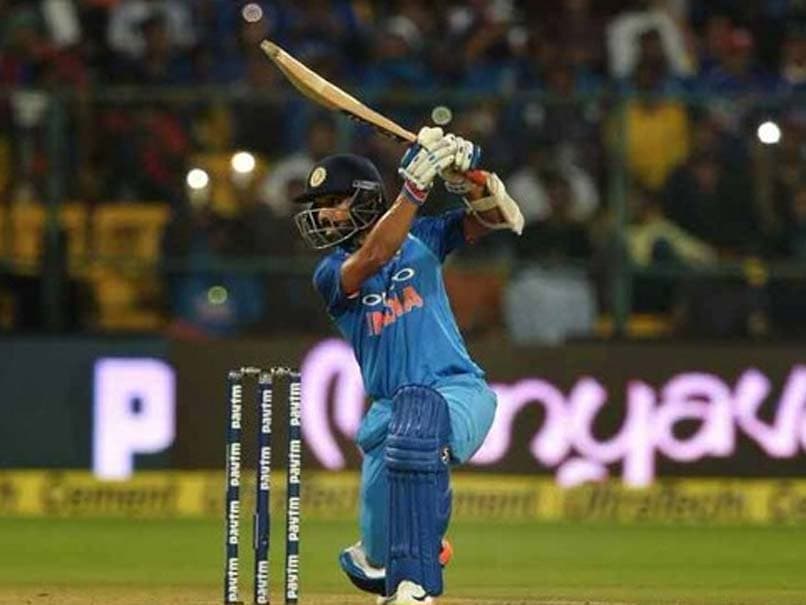 Ajinkya Rahane will be back with the Test team for the series which begins August 22.© AFP

He might not be in the scheme of things in the shorter formats of the game for India, but Test vice-captain Ajinkya Rahane said on Saturday that he loves batting at No. 4, a spot that has been bothering the team for a long time as India failed to find a fix even in the recently-concluded World Cup. India lost to New Zealand in the semifinal, and the No.4 spot remained a question mark throughout the tournament as neither Vijay Shankar, nor Rishabh Pant could not make it their own.

"Incidentally, my number (sequence in the prize distribution) here is four... I really enjoy batting at No 4. That's my favourite position," Rahane said in his opening address at the Cricket Association of Bengal's (CAB) annual awards ceremony at the Netaji Indoor Stadium.

Rahane was the chief guest at the CAB programme.

India might be tipped as the favourites to win the coming Test series in the West Indies, but Rahane said that it won't be easy as the hosts are a dangerous side at home and India have to respect them.

"We all know they are a dangerous and unpredictable team. I'm really looking forward to the series against the West Indies," Rahane said.

India will play two Tests in the Caribbean after three T20 internationals and as many one-dayers.

Rahane will be back with the Test team for the series which begins August 22.

"It is important to respect them and play our game as we've been playing, especially in Test cricket. For me, it's important to give my best. I always focus on contributing for my team and I think I'm just going to do my best as well. Once I go there, I will give my 100 per cent," he said.

Rahane also spoke about training under his idol Rahul Dravid at the Bengaluru-based National Cricket Academy (NCA), as it's pouring in Mumbai now.

"I'm actually doing my fitness training in Bengaluru because it's raining heavily in Mumbai. I wanted to train outdoors under Rahul Dravid. I always follow him, he is one of my role models. I'm really happy that he's in Bengaluru and am focusing on my fitness as well," the Mumbai batsman said.

On the World Test Championship which kickstarted with the first Ashes Test on Thursday, Rahane said: "Yes, it's definitely something we all are looking forward to. Every Test match and every Test series are special. The best thing about this format is that you get to follow your routines every day. I'm really excited."

Rahane also recalled his U-14 days when he played his first big match at the Eden Gardens.

"I've very special memory here. I played my first game here for West Zone in U-14 cricket," he said after giving away the annual prizes, including the Lifetime Achievement Award to Arun Lal.

"Bengal have produced a lot of great cricketers, from Pankaj Roy to Jhulan Goswami, but the biggest role model is sitting among us -- Sourav Ganguly. He completely transformed Indian cricket. We all have grown up following him. He's been truly inspirational," Rahane said.

Ajinkya Rahane West Indies vs India 2019 Cricket
Get the latest updates on ICC T20 Worldcup 2022 and CWG 2022 check out the Schedule, Live Score and Medals Tally. Like us on Facebook or follow us on Twitter for more sports updates. You can also download the NDTV Cricket app for Android or iOS.