The five-match series will begin on Friday at Queen's Park Oval in Trinidad and Tobago. 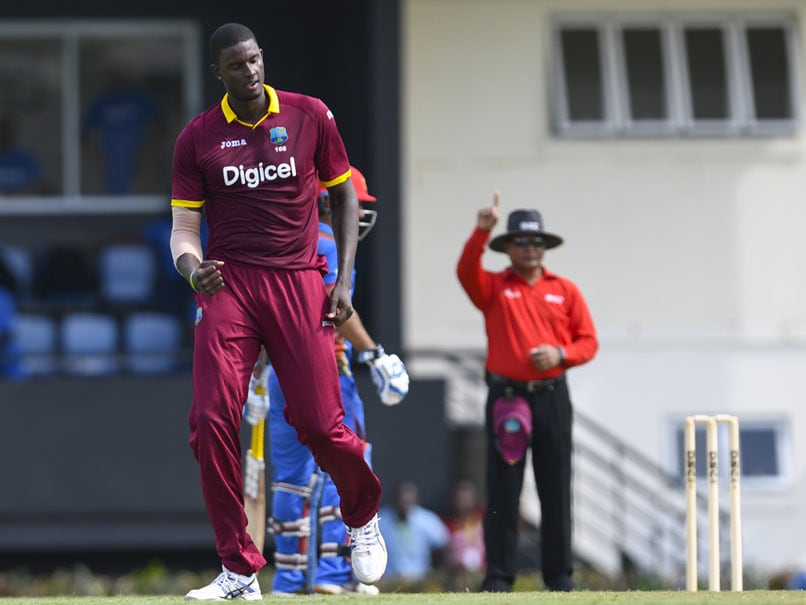 The five-match series will begin on Friday at Queen's Park Oval in Trinidad and Tobago.© AFP

Port of Spain:West Indies have named an unchanged 13-man squad, which played a 1-1 draw against Afghanistan early this month, for the first two ODIs of the five-match series against India starting June 23. The hosts will be without their premier fast bowler Shannon Gabriel since he is still rehabilitating from an injury that forced him out of the Afghanistan series.

It is an important series for the ninth-ranked West Indies, to be led by fast bowler Jason Holder, as only the top eight teams in the ICC rankings get direct entry into the 2019 World Cup.

If they do not perform well and get points, they will have to go through the qualifiers to make it to the showpiece event of the ICC.

India are world No.3 and they come into this series after a runner-up finish at the Champions Trophy.

The five-match series will begin on Friday at Queen's Park Oval in Trinidad and Tobago. The one-dayers would be a followed by a lone Twenty20 on July 9, marking the end of the short trip for India.

Comments
Topics mentioned in this article
West Indies Cricket Team India Cricket Team Jason Holder Shai Hope Kieran Powell West Indies vs India 2017 Cricket
Get the latest updates on ICC T20 Worldcup 2022 and CWG 2022 check out the Schedule, Live Score and Medals Tally. Like us on Facebook or follow us on Twitter for more sports updates. You can also download the NDTV Cricket app for Android or iOS.