Indian skipper Virat Kohli roared back to form with a superb hundred in the fifth One-Day International(ODI) against West Indies to help his team clinch the five-match series 3-1. 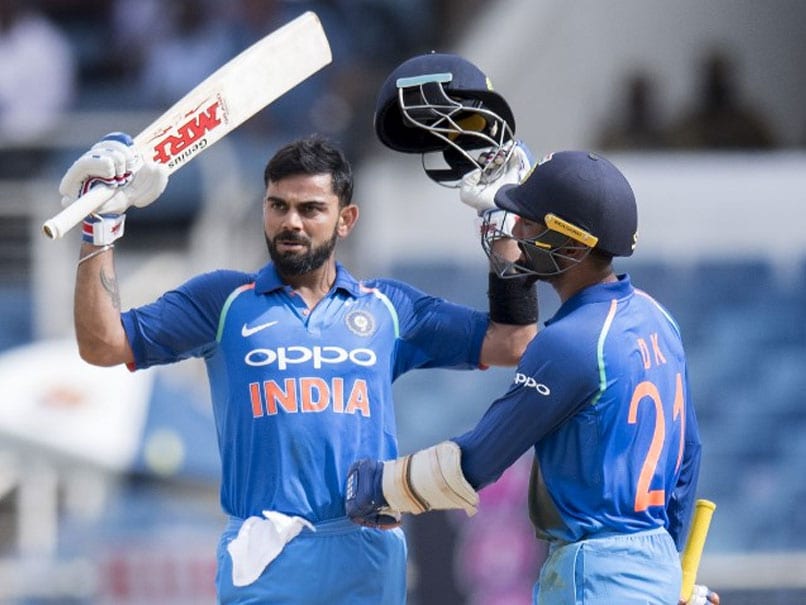 Indian skipper Virat Kohli roared back to formwith a superb hundred in the fifth One-Day International(ODI) against West Indies to help his team clinch the five-match series 3-1 at Sabina Park, Jamaica. With his 28th ODI ton, he not only answered a lot of criticism, bur also broke cricket legend Sachin Tendulkar's record for most hundreds in the 50-over format while chasing, irrespective of whether India won or lost. It was his 18th century in a chase, going past Tendulkar's record of 17.

The Indian skipper, who scored a hundred after 12 matches, equalled Sri Lankan batsman Sanath Jayasuriya in the list of centuries in ODI format. He now trails Ricky Ponting by just two while Sachin Tendulkar sits at the top with 49.

Kohli was under constant criticism following his two poor innings in the ODI series and also the way he got out in the final of the Champions Trophy against Pakistan. Contributing for his team in the background of the Anil Kumble resignation saga makes it even more special which was evident from his on-field celebrations.

After registering a series win in the ODI format, the focus will now shift to the sole Twenty20 international to be played on Sunday.