The fastest delivery recorded in cricket so far was bowled by Shoaib Akhtar against England in the 2003 World Cup. 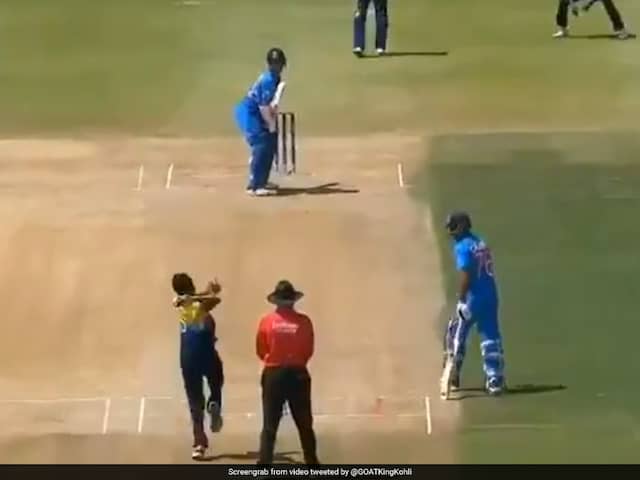 Sri Lanka Under-19 pacer Matheesha Pathirana, whose slingy bowling action grabbed eyeballs for its similarity with that of Lasith Malinga, bowled a short delivery to India Under-19 star Yashasvi Jaiswal, after which the speed gun showed a reading of 175 kph. The incident happened as the two teams took each other on in their opening match in the ongoing ICC Under-19 World Cup in South Africa. If the reading is correct, it would make it the fastest recorded delivery in the history of cricket by a huge margin, although in all probability there was an error in the speed displayed after the delivery.

Watch the video of the delivery here:

Sri-Lankan U19 Pacer Pathirana clocked a stunning 175 kph on the speed gun in #U19CWC match Against India on a Wide Ball.

On the right corner of the screen, the speed of the delivery showed at 108 mph. #INDvSL #INDU19vSLU19 #Cricket #CWCU19 pic.twitter.com/7uKD73zYn0

Currently, Shoaib Akhtar's delivery bowled at 161.3 kph in a World Cup match against England in 2003 is regarded as the fastest ball in history.

The ICC has not released any statement regarding Pathirana's delivery.

The delivery from Pathirana in the fourth over of the match was short on leg stump, but wayward, and the umpire signalled a wide as it went down the leg side as Jaiswal tried to duck and carried to the wicket-keeper.

Twitter users felt that there was an error in the speed shown after the delivery.

"If speed shown is correct then ball should not have dipped in keepers hand, is should have went upside probably above keeper as it was bouncer," a user tweeted.

"Device malfunction? This is really unreal," tweeted another.

Yashasvi Jaiswal went on to score a half-century as India posted a total of 297/4. He was ably assisted by captain Priyam Garg (56 off 72 balls) and vice-captain Dhruv Jurel (52 off 48 balls).

Then left-arm seamer Akash Singh and leg-spinner Ravi Bishnoi picked two wickets apiece as Sri Lanka crumbled for 207 to give defending champions India a commanding win in their first match of the tournament.

Pathirana attracted a lot of attention when a video of his debut match for his college - Trinity College, Kandy - went viral as he took six wickets for seven wickets. Apart from his stunning numbers, the eerie likeness of his action to that of Malinga's and his ability to bowl toe-crushing Yorkers just like Malinga made the video an instant hit.

Sri Lanka U19 Cricket
Get the latest Cricket news, check out the India cricket schedule, Cricket live score . Like us on Facebook or follow us on Twitter for more sports updates. You can also download the NDTV Cricket app for Android or iOS.
Advertisement