IND vs BAN, U-19 World Cup Final: India Captain Priyam Garg Says Was Not Our Day After Heartbreaking Loss In Final

India Under-19 captain Priyam Garg said that he was proud of the way his side fought throughout the tournament. 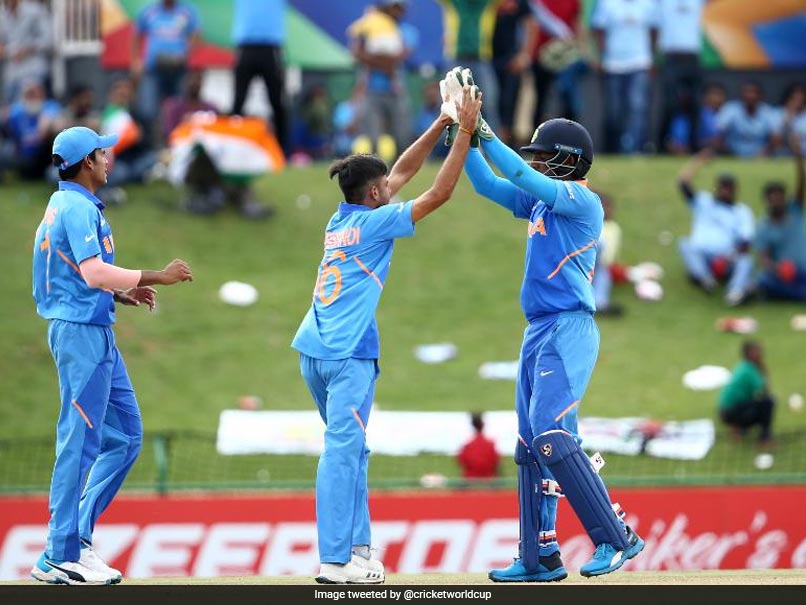 Priyam Garg lavished praise on his bowlers after a heartbreaking loss in the Under-19 World Cup final.© Twitter

India skipper Priyam Garg termed the three-wicket Under-19 World Cup final defeatto Bangladesh as "it not being their day". India were bowled out for a paltry 177 but had Bangladesh in trouble with leg-spinner Ravi Bishnoi bowling a superb spell riddled with googlies to reduce them to 102/6 at one stage. But skipper Akbar Ali's unbeaten heroic 43 helped them get past the line via DLS method as rain stopped play towards the end.

This is Bangladesh's maiden World Cup title while defending champions India faced their first loss at this tournament in 12 matches since their defeat against West Indies in the final of the 2016 edition. They have won the U-19 World Cupfour times and were chasing a record-extending fifth title.

"It wasn't our day. The boys put up a great show but the result didn't go our way," Garg said at the end of the game.

"Very happy with the way we fought, they (bowlers) gave their best. Toss didn't matter, there was something in the wicket.

"Bangladesh's bowlers started well. Our batsmen played well too but we hoped to get a few more runs. 215-220 would've been a good score," he opined.

Garg lauded his bowlers for responding well despite the low total.

"Our bowlers responded pretty well and Bangladesh batted well. Very pleased with our bowlers. It's a good experience playing here in South Africa. Prior to the World Cup, we played a series here and that was also good," he added.

Bangladesh U19 Priyam Garg Yashasvi Jaiswal Under 19 World Cup 2020 Cricket
Get the latest updates on ICC T20 Worldcup 2022 and CWG 2022 check out the Schedule, Live Score and Medals Tally. Like us on Facebook or follow us on Twitter for more sports updates. You can also download the NDTV Cricket app for Android or iOS.