India's Divyansh Saxena and Bangladesh fast-bowler Tanzim Hasan Sakib were involved in a heated argument on the field during the Under-19 World Cup final. 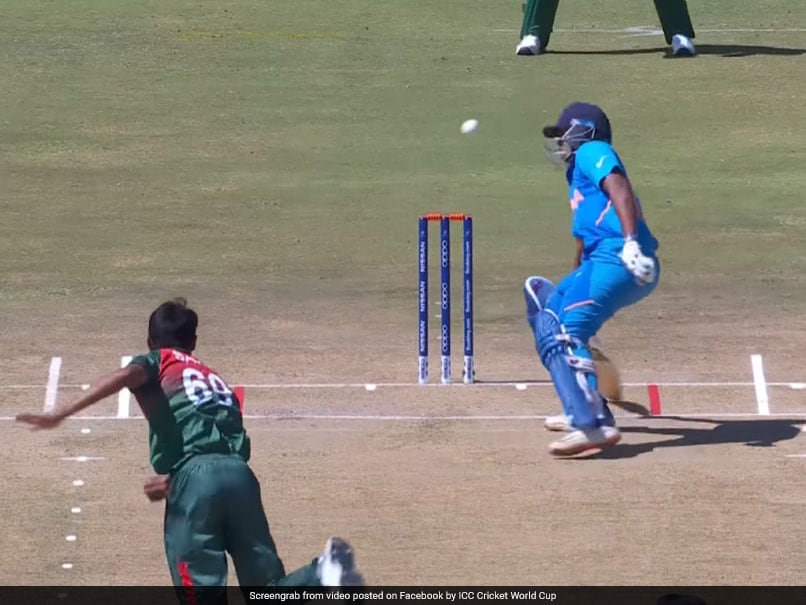 Divyansh Saxena was nearly hit on his head during Under-19 World Cup final.© Facebook

India are currently playing Bangladesh in the ongoing Under-19 World Cup final in Potchefstroom, South Africa. After winning the toss, Bangladesh skipper Akbar Ali invited India to bat in the title clash on Sunday. While India are bidding for their fifth Under-19 World Cup title, Bangladesh are eyeing their maiden major ICC trophy. The intensity of the match skyrocketed in the second over of the match as Tanzim Hasan Sakib nearly hit Divyansh Saxena on his head. Saxena had played a forward defensive shot right back to the bowler and Sakib threw the ball towards the stumps but it nearly hit the batsman on his head. The duo later got involved in a heated exchange on the field.

The on-field umpire had to intervene to calm things down in the middle.

In the match, Bangladesh managed to break the opening partnership early as they sent back Divyansh Saxenafor just two runs, leaving India at nine for one after seven overs.

Yashasvi Jaiswal continued his good run with the bat and slammed his fourth 50-plus score in the tournament.

Tilak Varma and Jaiswal put on 94 runs for the second wicket before Bangladesh's Sakib removed Varma for 38.

India were eventually bowled out for 177 runs in the title clash, Bangladesh need 178 runs for their maiden ICC World title.

For Bangladesh, Avishek Das was the pick of the bowlers as he finished with figures of three for 40 from his spell of nine overs.

Bangladesh U19 Divyaansh Saxena Under 19 World Cup 2020 Cricket
Get the latest updates on Fifa Worldcup 2022 and check out  Fifa World Cup Schedule, Stats and Live Cricket Score. Like us on Facebook or follow us on Twitter for more sports updates. You can also download the NDTV Cricket app for Android or iOS.