Wimbledon 2017: Andy Murray Joins List Of Players To Complain About State Of Courts 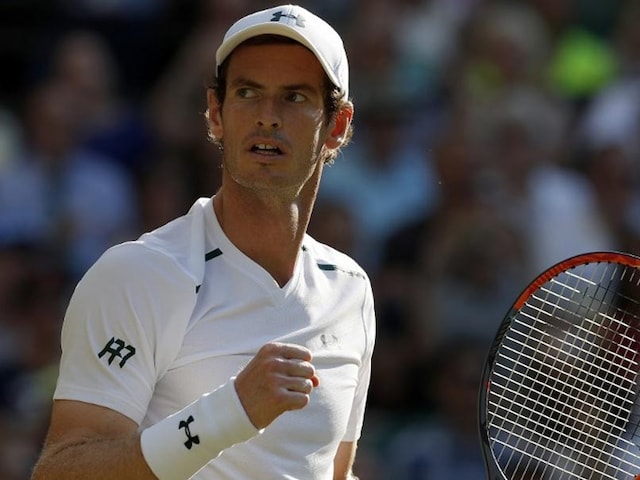 Players don't seem happy with the Wimbledon courts this year. While some have complained of the lack of grass, one even said there was a hole that appeared on the surface. On Friday, Andy Murray joined the growing list of players saying the Centre Court had developed divots. "The court I don't think is in as good of condition as previous years," said Murray after beating Italy's Fabio Fognini 6-2, 4-6, 6-1, 7-5 on Centre Court to reach the last-16. "There's quite a few spots on the court, like just behind the baseline and just in front of the baseline, where there's quite big lumps of grass, sort of almost like little divots there, which I don't remember really being the case."

The other players to have criticised the courts so far have been France's Kristina Mladenovic and Murray's opponent Fognini. Weeks of hot weather and little rain have left many surfaces stripped of grass after just five days of the two-week long tournament.

On Court 17 on Thursday, American star Bethanie Mattek-Sands suffered an horrific right knee injury after her leg buckled. It was not clear, however, whether the state of the surface was a contributing factor in the 32-year-old's accident.

Earlier Friday, Wimbledon officials dismissed concerns over the state of the courts.

"The court preparation has been to exactly the same meticulous standard as in previous years," said the All England Club.

"Grass is a natural surface and it is usual for the baselines to start to be showing signs of wear and tear four days into the championships."

French 12th seed Mladenovic said there was a hole on Court 18 and that she and opponent Alison Riske had wanted to stop playing. "The colour of the court, the fact that there's no more grass, the fact that the baseline where we are running, it's very slippery. There's no grass," said Mladenovic, who was beaten in three sets. "There was a huge hole on the side. It was not even flat."

Swiss 19th seed Timea Bacsinszky had similar complaints after beating Olympic champion Monica Puig on the same court on Tuesday - just the second day of the even.

"I'm pretty disappointed about the quality of the grass, especially on Court 18. I'm not saying it's dangerous, but it was the second day of the tournament, and it was already ruined," said Bacsinszky. "Sorry, Wimbledon, it's not against you, but there are improvements to do on this thing.

Seven-time champion Roger Federer said that if both players complained about the state of a court then their concerns should be taken seriously.

The players found support from retired stars including Pam Shriver, who won five women's doubles titles at Wimbledon in the 1980s.

Wimbledon courts are no stranger to injury controversies.

In 2013, Victoria Azarenka fell heavily, hurting her ankle and blamed the state of the courts. At the same event, Maria Sharapova said the surface on Court Two, where she lost to Michelle Larcher de Brito was "dangerous" after she fell a number of times.

Comments
Topics mentioned in this article
Andy Murray Fabio Fognini Kristina Mladenovic Tennis
Get the latest updates on IPL 2020, check out the IPL Schedule for 2020 and Indian Premier League (IPL) Cricket live score . Like us on Facebook or follow us on Twitter for more sports updates. You can also download the NDTV Cricket app for Android or iOS.