US Open: Sumit Nagal Bows Out After Straight-Sets Loss To Dominic Thiem

Dominic Thiem celebrated turning 27 by defeating Sumit Nagal 6-3, 6-3, 6-2 to advance to the third round of the US Open. 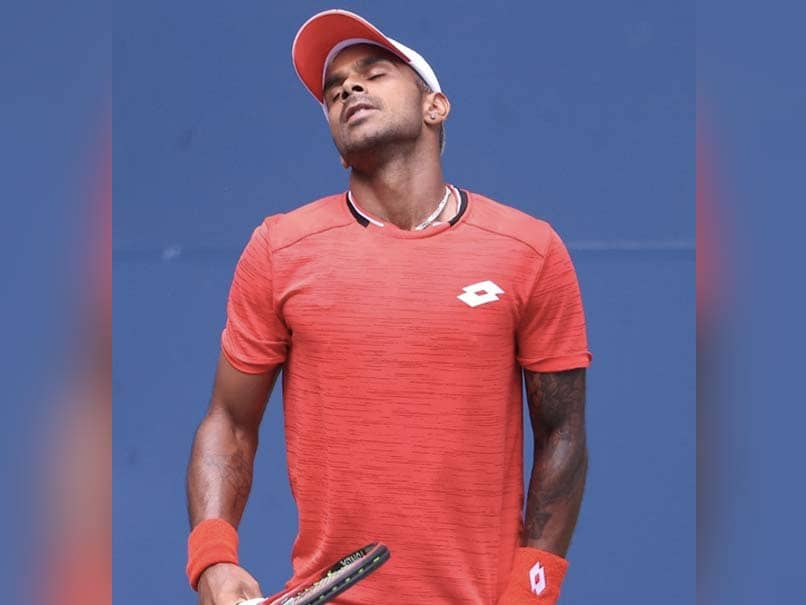 US Open: Sumit Nagal suffered a straight-sets loss to Dominic Thiem in the second round.© AFP

India's Sumit Nagal hopes of reaching the third round were dashed by a rampant Dominic Thiem, who eased into the next round of the US Open on Thursday with a straight-sets win on his birthday. The Austrian celebrated turning 27 by defeating Sumit Nagal 6-3, 6-3, 6-2 inside an empty Arthur Ashe Stadium. "I was trying to play my fastest tennis to keep him on the backhand, to not let him dictate with the forehand. I did that very well today," said Thiem. The world number three will play 2014 US Open champion Marin Cilic in round three.

"He's one of the big champions of the last decade, one of the very few players, active players, who won a Grand Slam tournament here in New York," said Dominic Thiem.

"Even though for sure he's not on the top of his game, beginning of this year, maybe also last year, he's always dangerous for a big and deep run in these big tournaments.

"It's not a guy I want to face in the third round," he added.

Nagal had become the first Indian man since 2013 to reach the second round of a Grand Slam. He defeated Bradley Klahn of the United States 6-1, 6-3, 3-6, 6-1 in the opening round of the US Open.

However, Thiem turned out to be on a different level altogether, hardly giving a sniff despite making numerous unforced errors.

Thiem said it was difficult playing in front of empty stands at the US National Tennis Center because of the coronavirus pandemic.

"In negative moments the fans' energy can get you up again. Now you play a great point and it's complete silence. That is tough.

"Hopefully this is the only or one of very few slams where we have the situation like that," Thiem added.

Comments
Topics mentioned in this article
Sumit Nagal Dominic Thiem Tennis
Get the latest updates on IPL 2021, IPL Points Table , IPL Schedule 2021 , live score . Like us on Facebook or follow us on Twitter for more sports updates. You can also download the NDTV Cricket app for Android or iOS.