Marin Cilic and Jo-Wilfried Tsonga reached the second round after Roger Federer withdrew from the Paris Masters on Monday. 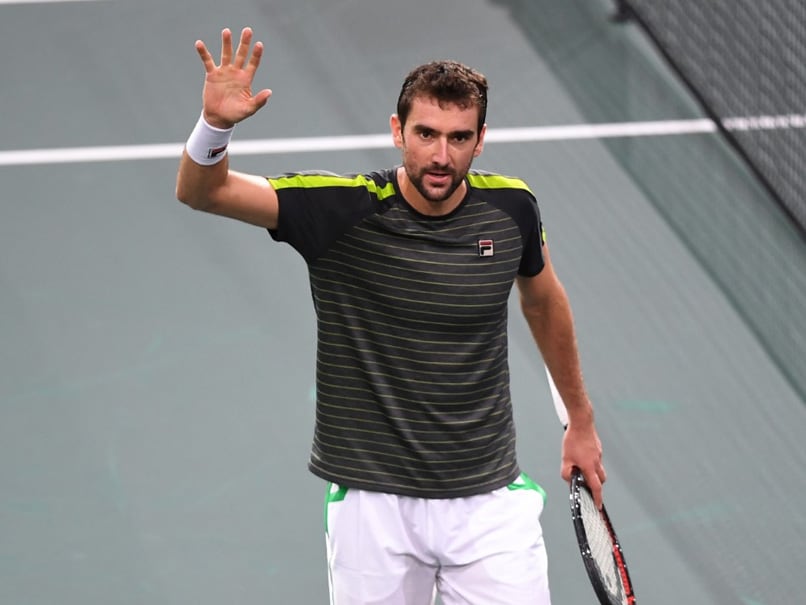 Marin Cilic was one of the first unseeded players to book his spot in the last 32.© AFP

Roger Federer withdrew from the Paris Masters on Monday in order to "pace" himself for the next year, while Marin Cilic and Jo-Wilfried Tsonga reached the second round. World number three Federer claimed his 10th Basel title on Sunday but decided to skip the final Masters event of the season at Bercy Arena. "I am extremely disappointed to have to pull out of the Paris Masters," Federer said in a statement. The 20-time Grand Slam champion returned to the Paris Masters last year for the first time since 2015 and reached the semi-finals where he lost a three-set thriller to Novak Djokovic, who is top seed ahead of Rafael Nadal in the French capital this year.

Federer will next play at the ATP Tour Finals in London, which get underway on November 10. He was replaced by Italian veteran Andreas Seppi in the main draw as a lucky loser.

Former US Open champion Cilic was one of the first unseeded players to book his spot in the last 32 with a 7-6 (7/5), 6-4 win over Poland's Hubert Hurkacz.

Croatian Cilic, who has failed to reach a final this season and has slipped to 24th in the world rankings, will next face three-time Grand Slam title-winner Stan Wawrinka.

Tsonga, who was the last Frenchman to win the Paris Masters title in 2008, battled back from a set down to defeat in-form Russian Andrey Rublev 4-6, 7-5, 6-4.

The 34-year-old, who has risen to world number 35 after ending an injury-plagued 2018 at 239th, saved four break points in a dramatic deciding set in front of a partisan crowd.

There was more cheer for the home fans as Jeremy Chardy and Benoit Paire also progressed.

Paire will face fellow French hope Gael Monfils for a place in the last 16.

Comments
Topics mentioned in this article
Tennis Marin Cilic Jo-Wilfried Tsonga Roger Federer
Get the latest updates on IPL 2021, check out the IPL 2021 Schedule and Indian Premier League Live Score . Like us on Facebook or follow us on Twitter for more sports updates. You can also download the NDTV Cricket app for Android or iOS.