"A Match I Will Not Forget": Sumit Nagal On His First Win In Grand Slam Event

Sumit Nagal became the first Indian since 2013 to reach the second round of a Grand Slam men's singles event. 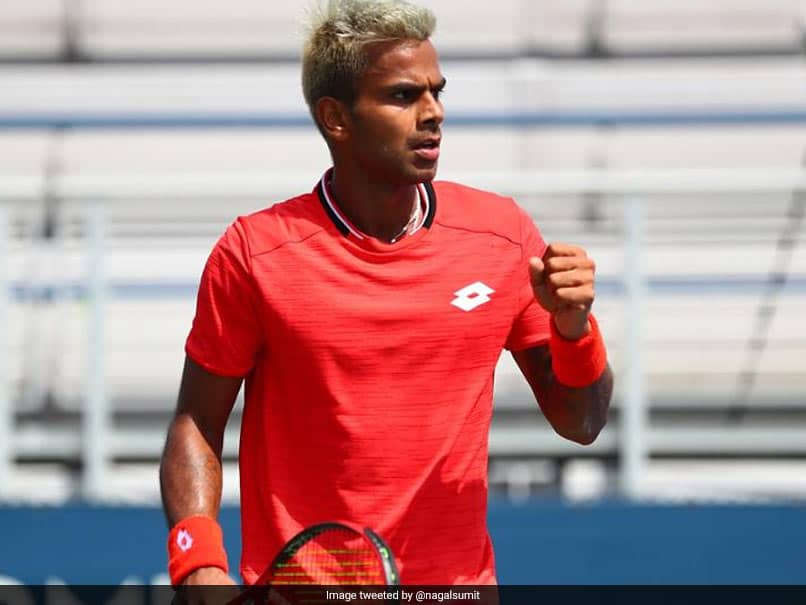 US Open: Sumit Nagal recorded his first-ever win in a Grand Slam event when he beat Bradley Klahn.© Twitter

Sumit Nagal recorded his first-ever win in a Grand Slam event when he beat Bradley Klahn of the United States 6-1, 6-3, 3-6, 6-1 in the opening round of the US Open. The victory meant that Sumit Nagal became the first Indian since 2013 to reach the second round of a Grand Slam men's singles event. Somdev Devvarman had reached round 2 of the Australian Open, French Open and US Open. After his win, Sumit Nagal took to Twitter and thanked his well-wishers, saying "it was definitely a special moment and a match I will not forget".

My first Slam win. It was definitely a special moment and a match I will not forget. Thank you everyone for the wishes

Next match on Thursday, gonna be a fun one

Sumit Nagal got off to a rollicking start, winning the first two sets without much fuss.

However, his American opponent came roaring back to take the third set 6-3. Nagal regained his focus and upped the ante in the fourth set, winning it 6-1 to wrap up the first-round US Open win and his maiden victory at a Grand Slam event.

US Open's Twitter handle toasted Sumit Nagal's victory by sharing a video of him scurrying around the court, highlighting his retrieving abilities.

Sumit Nagal was literally all over the court today@nagalsumit I #USOpen pic.twitter.com/M3D3f2aHIn

Sumit Nagal, though, has a massive hurdle to cross if he is to make it to the third round of the US Open.

He will be up against second seed and World No.3 Dominic Thiem of Austria in the second round. The Austrian advanced to the 2nd round after his match was cut short when opponent Jaume Munar retired after the second set.

Thiem had taken a two sets to love lead at the Louis Armstrong Stadium. Munar abandoned before the start of the third set, with the Austrian second seed leading 7-6 (8/6), 6-3.

Comments
Topics mentioned in this article
Sumit Nagal Bradley Klahn Dominic Thiem Roger Federer Tennis
Get the latest updates on IPL 2021, IPL Points Table , IPL Schedule 2021 , live score . Like us on Facebook or follow us on Twitter for more sports updates. You can also download the NDTV Cricket app for Android or iOS.