Andy Murray now has a 6-0 head-to-head record against David Goffin. 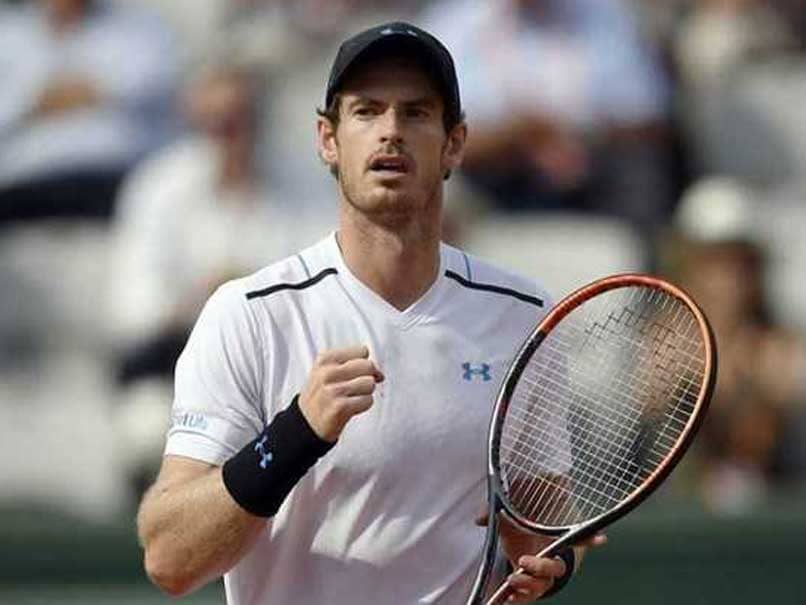 There were flashes of the glory days for Britain's former world number one Andy Murray on Thursday as he dumped top seed David Goffin of Belgium out of the ATP Shenzhen Open 6-3, 6-4 in round-of-16 action. The 31-year-old dug deep when it mattered -- like the Murray of old -- brushing off 70 percent of break points faced and firing down 15 aces against a player ranked 11th in the world. Goffin still kept the pressure on throughout, though, breaking Murray twice to claw his way back into a thrilling second set before the British player's trademark determination prevailed.

Three times the 27-year-old Goffin threatened to break with the score at 5-4, and three times Murray found a win to fight back before sealing the set, and the match, with an ace.

With the top seed gone, the tournament now opens up enticingly for Murray as Greek second seed Stefanos Tsitsipas was also bundled out in the round of 16 by Frenchman Pierre-Hugues Herbert, 6-3, 7-6 (7-4).

There were few visible signs Thursday of the hip trouble that has plagued Murray since he climbed to the pinnacle of the game at the end of 2016, only to see his career stall -- and his ranking plummet to the 311 where it now languishes.

Surgery in April was supposed to arrest the decline but Murray's form has been up and down since.

He is ending his season with this tournament in the southern Chinese metropolis, before moving on to the capital Beijing next week. It now looks a wise move indeed.

The last time these two players met was back in 2016, when Murray was storming towards the world's number one ranking and was enjoying a season that would end with nine singles titles, including his second Wimbledon crown and his second Olympic gold.

Back then Murray won untroubled and 6-2, 6-2 at the Shanghai Masters, but it has been hard times for the Scotland-born player ever since his hip problems arose and then intensified in 2017.

Goffin seems to bring out the best in the Brit, however, as Murray moved their head-to-head record to 6-0 in his favour.

Murray had struggled with the steamy conditions at the Shenzhen Longgang Sports Centre in his opening match against Chinese world number 340 Zhang Zhizhen on Tuesday, dropping a set but then progressing when his opponent retired with cramp with the scoreline at 6-3, 6-7 (3-7), 4-2.

A day's rest looked to have done its work and he was all action on Thursday, before heading off into the night ahead of his return to the fray for Friday's quarter-finals.

David Goffin
Get the latest updates on India vs Australia Series, check out the India vs Australia Schedule for 2020-21 and Ind vs Aus live score . Like us on Facebook or follow us on Twitter for more sports updates. You can also download the NDTV Cricket app for Android or iOS.