Andy Murray reached the pinnacle of the sport in 2016 and has three Grand Slam singles titles on his shelf. 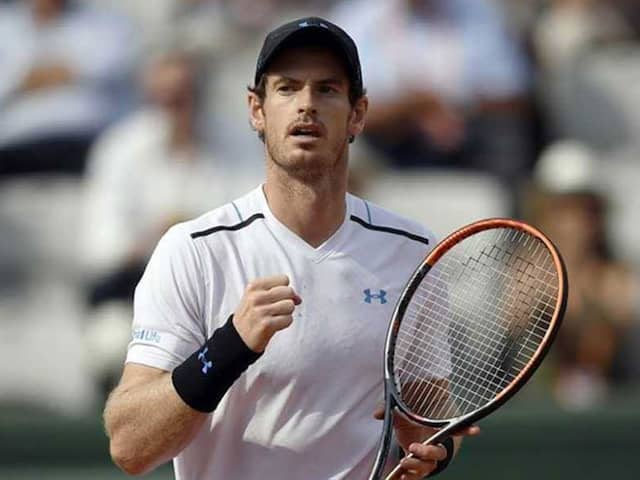 Britain's former world number one Andy Murray was made to work up a serious sweat by unheralded Zhang Zhizhen at the ATP Shenzhen Open on Tuesday before the Chinese player retired at 6-3, 6-7 (3-7), 4-2. It was a disappointing end to a spirited display from Zhang, a 21-year-old from Shanghai who is ranked 340th but who raised hopes of an upset for local fans in the second set. He cramped up and was unable to continue just after Murray had broken serve to take a 4-2 lead in the final set. Murray, 31, has had his own 2018 campaign derailed following hip surgery in April and had come to China with a 5-4 record after returning to the tour in June.

With his own world ranking slipping to 311, Murray snapped up a wild card entry into an event he had won back in 2014 as he looks to put some miles in his legs before the end of the season. A break of the Murray serve in the seventh game of the first set was an indication things weren't going the British player's way.  Then a break in the sixth game of the second put fellow wild card Zhang at 5-2 on serve -- and a realisation that Murray was in for a full-on fight.

Zhang held his nerve when that set was forced to a tie-break but Murray's experience showed in the decider as he broke for 4-2 before Zhang's injury struck.

Murray, who reached the pinnacle of the sport in 2016 and has three Grand Slam singles titles on his shelf, chalked up his 661st career win against a young man who has won just four matches as a pro.

Murray had said coming in that this Shenzhen event and then next week in Beijing would be the last two tournaments of his season, and that he hoped to "play some good tennis and get on a bit of a run" in China.

He'll get another chance to do exactly that when he lines up against last year's Shenzhen Open winner, top seed and current world number 11 David Goffin of Belgium in second-round play on Thursday.

Fate had seemed to be working against Murray even before he entered the fray at the Shenzhen Longgang Sports Centre, with an almost two-and-a-half hour rain delay before his opening match.

And on Monday, Murray embarrassingly dropped a commemorative plate given to him by tournament organisers in honour of his contributions to the promotion of tennis in China.

The plate smashed and Murray reacted in horror, while quickly apologising to the officials gathered around him.

He later posted a clip of the incident on Instagram Stories with the caption "Woops".