Andy Murray was due to play France's Benoit Paire in the first round on Tuesday. 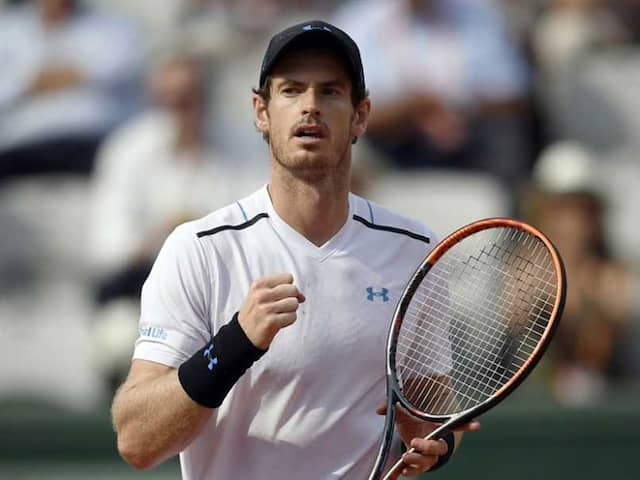 Andy Murray has withdrawn from Wimbledon on the eve of the tournament.© AFP

Andy Murray has withdrawn from Wimbledon on the eve of the tournament after the two-time champion decided he wasn't fit enough to compete at the All England Club. Murray has only just returned to action after 11 months on the sidelines due to a hip injury that needed surgery in January. "It's with regret I'm withdrawing from Wimbledon," Murray said in a statement on Sunday. "I've made significant progress in practice and matches over the last 10 days but, after lengthy discussions with my team and with a heavy heart, we've decided that playing best-of-five-set matches might be a bit too soon in the recovery process."

Murray was due to play France's Benoit Paire in the first round on Tuesday, but he had admitted on Sunday morning that there was a chance he could pull out if his body didn't feel right.

Just hours later, Murray dropped his bombshell, ending his hopes of adding another Wimbledon crown to those he collected in 2013 and 2016.

Murray was beaten by Nick Kyrgios at Queen's Club then saw off Stan Wawrinka at Eastbourne on Monday, but the former world number on lost to Kyle Edmund on Wednesday.

After pushing his body in practice sessions at the All England Club over the last few days, Murray has opted against risking a further injury setback with a view to playing the American hard-court swing that culminates in the US Open.

"We did everything we could to try to be ready in time. I will start practising on the hard courts from tomorrow and continuing with my rehab and recovery and I'm looking forward to the US hard-court season," he added.

"Thanks for all the messages of support and I'm excited to finally be back playing after so long out."

Murray's place in the draw goes to Jason Jung of Taiwan, the world numner 154 who has just one win on the main tour in 2018.

The American-born 29-year-old has never played a main draw match at the Slams.