Serena Williams said she was tested five times in June, compared to one or none from some of her compatriots. 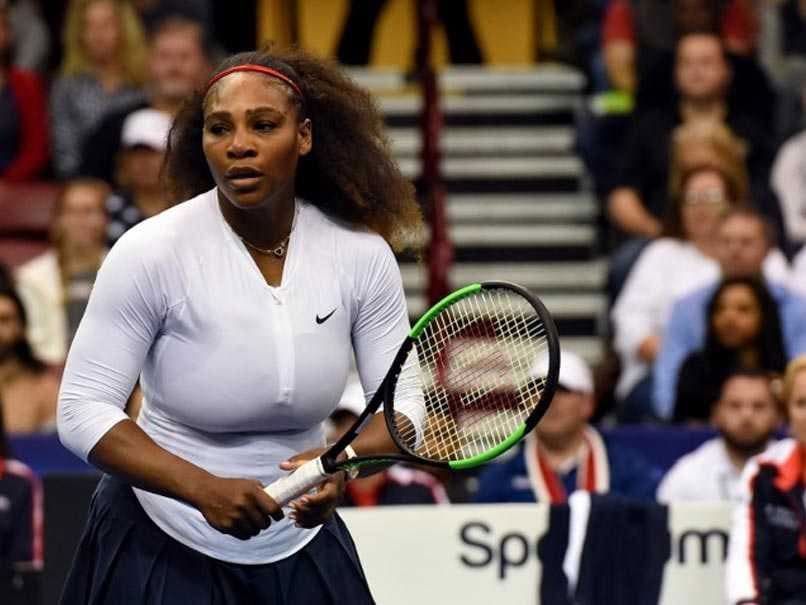 Serena Williams demanded fair treatment from US doping chiefs after the former Wimbledonchampion was shocked to be subjected to a series of tests in June. Serena Williams arrived at Wimbledon this week on the heels of a report that she was unhappy at excessive targeting from US Anti-Doping Agency drug testers. A Deadspin article revealed Williams' anger about an unannounced test in June where the tester refused to leave her Florida house. The tester visited outside Williams' specified "whereabouts window" and found her not at home.

No athlete is obliged to comply with a testing visit if it is not made during the 60-minute window for which the athlete identifies their whereabouts in advance each day.

"I guess they decided it was a missed test, which really doesn't make sense. Anyone would logically think that I would have to be home 24 hours a day, or I get a missed test," Williams told a press conference on Sunday.

"You only get three missed tests. For me it's a little frustrating. How can I have a missed test when it's nowhere near the time I should be there?

"It's really disappointing, shocking. I was just like: 'That's just weird'."

The incident was made public after WTA chief Steve Simon was overheard leaving a message on Williams' answerphone at an airport.

Williams, preparing for the start of Wimbledon on Monday, admitted she was disappointed the story had gone public.

But the seven-time Wimbledon champion also made it clear she didn't expect to have been tested so often this year.

"It's unfortunate but I guess when you're in my position, you mention my name, people overhear things and they want to tell the press," she said.

"I actually thought the article was interesting. I didn't know I was tested so much more than everyone else. I do know I'm always getting tested all the time, no matter where I'm ranked.

"I didn't realise it was such a discrepancy, at least with the American players. It would be impossible for me not to feel some sort of way about that."

Concerned at being tested more than her fellow American players, Williams revealed she had spoken to USADA chiefs.

The 36-year-old said she was tested five times on June, compared to one or none from some of her compatriots.

Athletes returning from a long absence are often the subject of repeated drug tests, as they are seen as part of a higher-risk category than athletes in the flow of regular competition.

But, calling for equal treatment, the 23-time Grand Slam winner said: "I had a conversation with the lead guy with USADA. I think he was mentioned, as well.

"Literally verbatim, I said, I'm going with that, as long as everyone is being treated equally. That's all I care about.

"I despise having people in our sport that aren't being honest. I'm totally okay with testing and I encourage it.

"What I want to know is everyone is getting tested, that we are really working to keep this sport clean.

"Tennis has given me so much. It's such an amazing sport. I feel like equality, that's all I've been preaching, it's all about equality.

"If that's testing everyone five times, let's do it. Let's be a part of it. It's just about being equal and not centring one person out.

"Just due to the numbers, it looks like I'm being pushed out. Just test everyone equally."

Comments
Topics mentioned in this article
Tennis Serena Williams
Get the latest updates on IPL 2021, check out the IPL 2021 Schedule and Indian Premier League Live Score . Like us on Facebook or follow us on Twitter for more sports updates. You can also download the NDTV Cricket app for Android or iOS.