"Always Lived Life On My Own Terms", Says Sania Mirza

Sania Mirza and husband Shoaib Malik are expecting their first child in October. 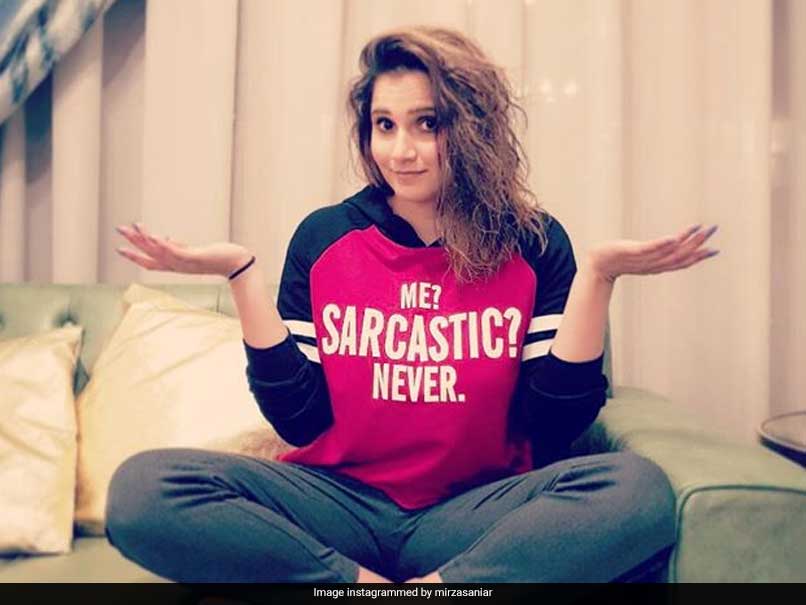 India tennis star Sania Mirza has put her career on hold as she is expecting her first child with her husband, Pakistan cricketer Shoaib Malik, in October. The former doubles World No.1, who is aiming to be back on court for the 2020 Tokyo Olympics, has said that she has always lived her life on her own terms and never followed the 'traditional women route' in her life. Sania Mirza, a winner of six Grand Slam doubles titles, including the 2015 Wimbledon ladies' doubles with Martina Hingis, further spoke about her motherhood and how other mothers in tennis have inspired her.

"I have not followed the 'traditional women route' in my life. I have always been the odd one out and I am glad that I was one. My parents have always supported all my decisions - so whether I was playing tennis in Hyderabad at a time when nobody dreamed of playing tennis or winning Wimbledon or marrying the person that I loved or having a child after eight years of our marriage - I have always lived life on my own terms," Gulf News quoted Sania Mirza as saying.

Talking about the recent mothers in tennis like Kim Clijsters and Serena Williams, Sania said, "There are at least 20 mothers out there who are playing, which is incredible, including Kim Clijsters who's come back and won grand slams after she's had a child."

"Serena is the greatest tennis player we have, but even for her it has not been easy. To be out of the game for a year and a half and then get back into the back to the same level isn't easy," Sania further added.

Meanwhile, Sania did mention that her goal of returning to tennis for 2020 Olympics is realistic.

"We are still in 2018 and my goal is obviously to try and come back to 2020 Olympics. It's a realistic goal to set because it will be the end of the year after I have my child," mom-to-be Sania said.

Comments
Topics mentioned in this article
Sania Mirza Tennis
Get the latest updates on T20 World Cup, check out the T20 World Cup Schedule and Live Score . Like us on Facebook or follow us on Twitter for more sports updates. You can also download the NDTV Cricket app for Android or iOS.