Novak Djokovic is playing in the ATP Finals in London at the end of a coronavirus-truncated season but the new campaign is due to start in just seven weeks' time. 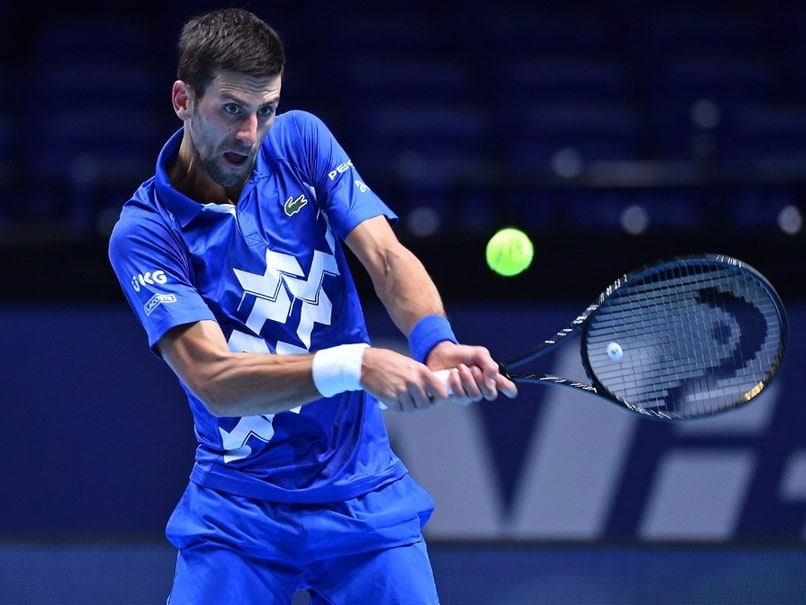 Novak Djokovic said on Monday he hopes the Australian Open goes ahead "for the sake of tennis".© AFP

Novak Djokovic said on Monday he hopes the Australian Open goes ahead "for the sake of tennis", admitting the sport faces a challenging time as it gears up for the 2021 season. The world number one is playing in the ATP Finals in London at the end of a coronavirus-truncated season but the new campaign is due to start in just seven weeks' time. Tennis Australia earlier Monday flagged plans to move numerous Australian Open warm-up events to the state of Victoria, but received a blunt warning from the state premier that he would scupper any event that risked reigniting Melbourne's Covid-19 crisis.

Under the plan, tournaments originally planned for Sydney, Brisbane, Perth, Hobart, Adelaide and Canberra would all be played in Victoria before the Open at Melbourne Park from January 18 to 31.

Tournament director Craig Tiley said the move was because virus restrictions meant that state governments could not guarantee overseas players contesting warm-ups outside Victoria would be free to travel to Melbourne for the Grand Slam.

"There is now no risk of the Australian Open going ahead without everyone (all players) in Victoria, and we didn't have that guarantee previously," he told Melbourne's Herald Sun newspaper.

But Victoria Premier Dan Andrews said the plans were "not a done deal", particularly since Melbourne only recently emerged from a month-long lockdown to eliminate a second wave of Covid-19.

Djokovic, who beat Argentine debutant Diego Schwartzman 6-3, 6-2 in his opening match at London's O2 Arena, said he had "not noticed much of a doubt" over whether the tournaments would go ahead.

"I want to play in Australia, Australian Open," added the Serbian, who is an eight-time winner of the season-opening Grand Slam and the reigning champion.

"I'm not sure about the ATP Cup and the tournaments before, because obviously you have to leave quite in advance, actually, I think two-and-a-half or three weeks prior to the first match.

"So let's see how that goes. But I'm just hoping for the sake of tennis and sake of players that we will have the Australian Open and also the possibility of the ATP Cup and a couple more tournaments at least."

The plan for Australia would reportedly involve more than 500 international tennis players arriving in Victoria and undergoing two weeks of mandatory quarantine.

The players, many of whom travel with large entourages, would be restricted to hotels but have access to tennis courts.

Once they had completed quarantine and twice tested negative for Covid-19, they would be able to move freely around Victoria.

Andrews noted that it was a huge logistical undertaking involving complex quarantine arrangements, saying "the notion this is all tied up with a bow, it's a done deal, that's simply wrong".

Tennis Australia seemingly jumped the gun with its announcement, with Tiley confidently predicting the Victoria state government would allow crowds of at least 25 percent capacity at Melbourne Park.

Novak Djokovic Diego Schwartzman Tennis
Get the latest updates on ICC T20 Worldcup 2022, check out the Schedule and Live Score. Like us on Facebook or follow us on Twitter for more sports updates. You can also download the NDTV Cricket app for Android or iOS.