Alexander Zverev crashed out of the ATP Indian Wells Masters after losing to Jan-Lennard Struff, ranked 55th in the world. 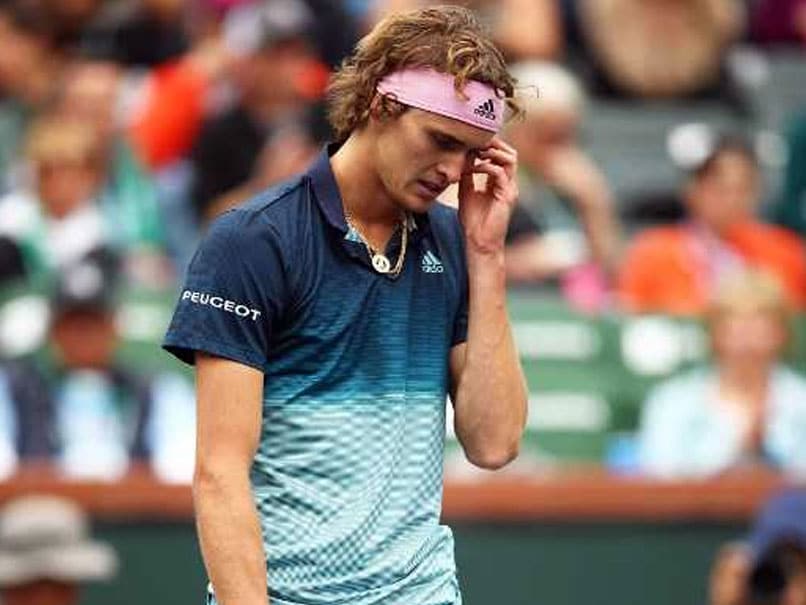 Ailing world number three Alexander Zverev crashed out of the ATP Indian Wells Masters, where Novak Djokovic's third round match was suspended by rain with one game completed. Jan-Lennard Struff, ranked 55th in the world, notched his first victory over Zverev in five tries, breaking him once in the first set and three times in the second for a 6-3, 6-1 victory. "I've been sick for a week," said the 21-year-old Zverev, who lost the Acapulco final to Australian Nick Kyrgios the week before Indian Wells began. "That hasn't changed, unfortunately.

"I think I just got unlucky, I got a virus somewhere and that's how it is."

Zverev, the owner of three Masters 1000 titles who has never made it to the quarter-finals at Indian Wells, said he would now focus on recuperating and preparing for the Miami Masters, where he'll be hoping to improve on his runner-up finish to John Isner last year.

"Now it's about getting healthy and about recovering and preparing myself for Miami, because Miami is the tournament I do well in, history-wise," he said. "Here I have always struggled."

Despite the circumstances, Struff was delighted to get a first win over Zverev.

Struff next faces 13th-seeded Canadian Milos Raonic, who rallied from 4-1 down in the third set to beat US qualifier Marcos Giron 4-6, 6-4, 6-4.

Giron, 25, looked set to claim the biggest win of a career that has been hindered by two hip operations when he took a 4-1 lead in the third set.

But Raonic, runner-up at Indian Wells in 2016, called on all of his experience to turn things around against the American, who had never won two ATP Tour matches in a row until this week.

"He came up with the goods and definitely pushed me sort of to the brink there where I was getting a little bit frustrated," Raonic said.

"I just kept trying to plug away. There were two games that I had break chances to get back into the third, and I didn't make it count. Luckily I made the last two count.

"I'm proud of the way I competed today. That's what got me through," said Raonic, who fell to Struff in the first round at Dubai last month.

The duo were sent to the locker room and with no break in the weather in sight organizers suspended play for the night, with the match to resume on Tuesday.

Monfils won his eighth career title at Rotterdam in February, followed up that performance with a run to the semi-finals in Dubai.

Lucky loser Miomir Kecmanovic of Serbia continued to make the most of his unexpected opportunity, beating fellow Serbian Laslo Djere, the 30th seed, 6-2, 7-6 (7/3).