Djokovic, appearing in his 300th Grand Slam match, did drop his second service game to go 1-2 behind in the first set but broke back immediately. 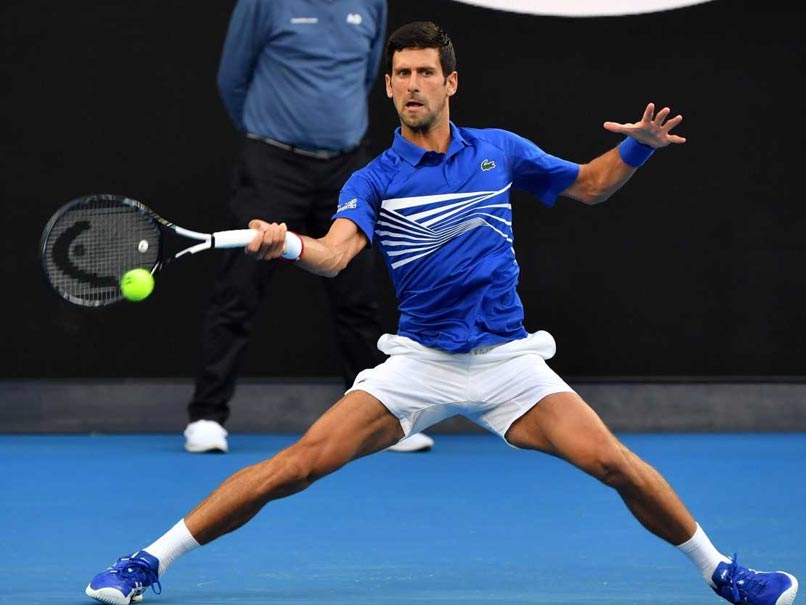 Novak Djokovic began his bid for a record seventh Australian Open title in easy fashion Tuesday, crushing 230th-ranked American Mitchell Krueger 6-3, 6-2, 6-2 on Rod Laver Arena. The world number one had reached the Australian Open second round for 13 consecutive years and that streak was never threatened by the qualifier, who was making his debut at Melbourne Park. Djokovic, appearing in his 300th Grand Slammatch, did drop his second service game to go 1-2 behind in the first set but broke back immediately and went on to record his 259th match win in a major against a gritty but outclassed opponent. "Playing him for the first time I didn't know what to expect," said the Serbian top seed. "He was very competitive and I had to work hard. I enjoyed it, hope you did too," he said.

Djokovic closed out last season magnificently, making an astonishing climb back from outside the world's top 20 in June, winning Wimbledon and the US Open on the way to reclaiming the number one ranking in November.

It was a stark contrast to the way he exited Melbourne a year ago at the hands of South Korea's Chung Hyeon in the last 16.

He then struggled as elbow surgery was followed by a string of poor results.

Djokovic will take a trip down memory lane next when he plays old foe Jo-Wilfried Tsonga in the second round.

Frenchman Tsonga was on the losing side in the 2008 Australian Open final as Djokovic won his first of 14 Grand Slams.

"I have great respect for Jo," said Djokovic. "We will face each other again on this great court, hopefully. I am looking forward to it."

Former world number four Tsonga missed seven months of 2018 after knee surgery and needed a wildcard to get into the tournament after his ranking dropped outside the top 200.

But the unseeded 33-year-old, who has also reached five Grand Slam semi-finals in his career, will be a dangerous opponent, having enjoyed a run to the last four in his comeback tournament at Brisbane.

And Tsonga is one of only three players to have recorded wins against Djokovic, Roger Federerand Rafael Nadal while they were ranked number one. The other two are Andy Murray and Juan Martin del Potro.

"If anyone has some advice how to play him, come and see me in my locker room," Djokovic joked.

Novak Djokovic Mitchell Krueger Jo-Wilfried Tsonga Tennis
Get the latest updates on India vs South Africa and check out  Schedule, Results and Live Score. Like us on Facebook or follow us on Twitter for more sports updates. You can also download the NDTV Cricket app for Android or iOS.