Australian Open: Denis Shapovalov Throws A Toilet Tantrum, Rants At Umpire "I Have To Pee!"

Australian Open: The incident occurred during Denis Shapovalov's match against Jannik Sinner. He will next face Bernard Tomic. 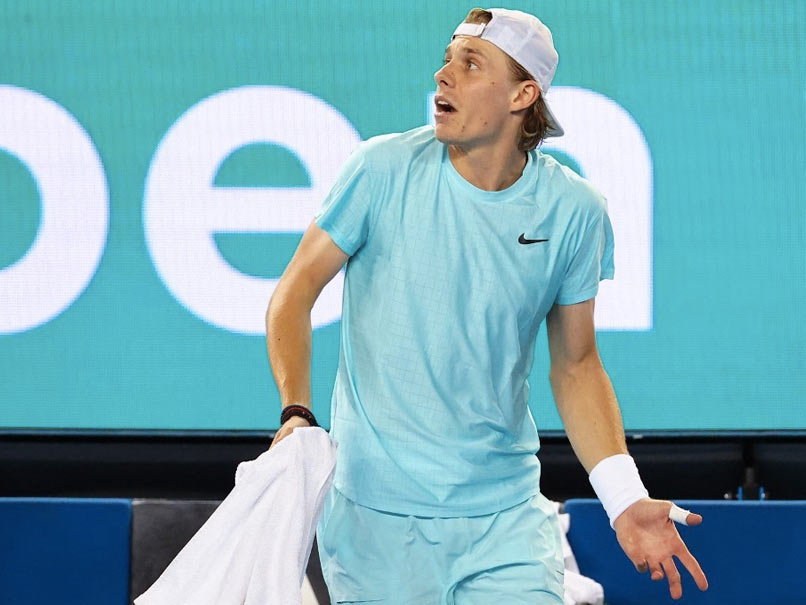 Denis Shapovalov claims he's got the smallest bladder on tour and the Canadian was not impressed when an umpire at the Australian Open denied his request for a toilet break. The world number 11 had dropped the fourth set of a five-set epic against Italian teenager Jannik Sinner that finished in the early hours of Tuesday and desperately needed to relieve himself. "What happens if I go?" asked the 21-year-old, "Do I get a fine? I don't care!" he ranted at German umpire Nico Helwerth, who turned down his request.

"What do you mean, I can't go? Are you going to disqualify me? I have to pee!"

He stepped up his tirade when it became clear the umpire would not relent.

After coming through the high-pressure first-round match 3-6, 6-3, 6-2, 4-6, 6-4 in just under four hours, he explained that he needed to use the bathroom more than other players.

"First of all, I was just blowing off steam, just kind of cooling my head, getting rid of it," he said.

"But also I do think it's a dumb rule. Especially for me, I've got the smallest bladder ever, so I literally got to take a piss every set. So it's difficult, especially when you're on that court for so long.

"Before the match I'm trying to hydrate as much as possible, so yeah, I gotta pee, man."

The tournament rules that state players are entitled to just one toilet break during a best of three sets match and two for a five-setter.

"I do think that we should be able to take more breaks and go to the wash room, because we are forced -- not forced, but we could be on the court for three, four hours," added Shapovalov.

"So I think even taking those little breaks ... I think we deserve it."

Comments
Topics mentioned in this article
Denis Shapovalov Tennis
Get the latest updates on SA vs IND 2021-22, check out the Schedule and Live Score . Like us on Facebook or follow us on Twitter for more sports updates. You can also download the NDTV Cricket app for Android or iOS.