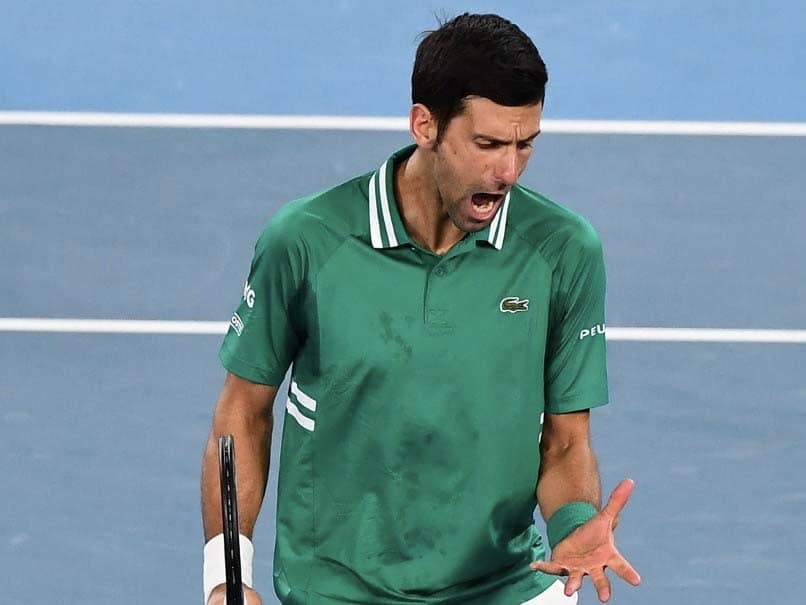 Defending champion Novak Djokovic blasted past Frenchman Jeremy Chardy in emphatic fashion Monday to ominously kick off his bid for an unprecedented ninth Australian Open title. The Serbian world number one, who clinched his 17th Grand Slam in last year's gripping final at Melbourne Park against Dominic Thiem, wasted little energy in the 6-3, 6-1, 6-2 romp in just 91 minutes on Rod Laver Arena. The writing was on the wall with the pair meeting 13 times before and the Serb winning them all, with Chardy failing to take a single set. Djokovic, chasing an 18th Slam crown to close in on the 20 held by Roger Federer and Rafael Nadal, has likened his relationship with the Australian Open to "a love affair".

And he clearly enjoyed himself, dishing up a masterclass for the socially-distanced fans in the stadium.

"It feels great, so great to see people back in the stadium," he said.

"I'm really glad to see a lot of people actually -- this is the most I've seen on a tennis court in 12 months.

"Sometimes we take these things (crowds) for granted, but very very grateful to see you all," he added.

The 33-year-old broke Chardy in the opening game and was never troubled, racing through the set in 32 minutes, with the Frenchman winning just two points off the Serb's service game.

It was similar scenario in a lopsided second set, which only lasted 22 minutes, as Chardy struggled to cope with the ferocity of Djokovic's serving, which routinely clocked in at more than 200 kph (124 mph).

Chardy, who made the semi-finals of the warm-up Murray River Open tournament, surrendered meekly, with Djokovic winning the match with his ninth ace.

The Serb has won a record eight times in Melbourne, the scene of his maiden Grand Slam triumph in 2008, and is unbeaten on the famous blue courts since his shock defeat by South Korea's Hyeon Chung in the 2018 round of 16.

He next faces American Frances Tiafoe in a tricky side of the draw with 2014 champion Stan Wawrinka and former world number three Milos Raonic potential obstacles en route to the quarter-finals.

"It's the first time I will face him, he's definitely one of the up and coming American tennis players," Djokovic said of Tiafoe. "I'm looking forward to the next challenge."

Novak Djokovic Jeremy Chardy Tennis
Get the latest updates on IPL 2021, IPL Points Table , IPL Schedule 2021 , live score . Like us on Facebook or follow us on Twitter for more sports updates. You can also download the NDTV Cricket app for Android or iOS.