Alexander Zverev rallied from a set down to beat dangerous Canadian Denis Shapovalov and open his season with a fighting victory in the ATP Cup, while in-form Matteo Berrettini steered Italy into the semi-finals on Wednesday. 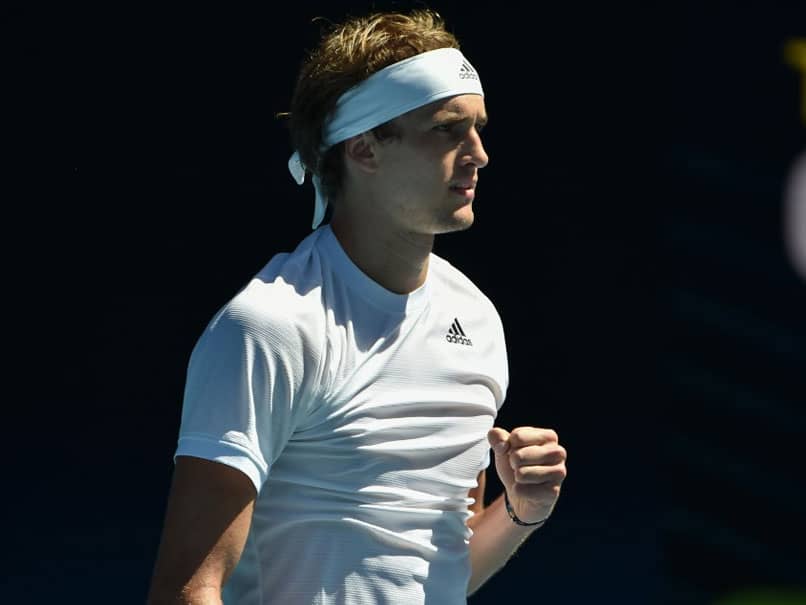 Alexander Zverev came back from a set down to beat Denis Shapovalov on Wednesday.© AFP

Alexander Zverev rallied from a set down to beat dangerous Canadian Denis Shapovalov and open his season with a fighting victory in the ATP Cup, while in-form Matteo Berrettini steered Italy into the semi-finals on Wednesday. The seventh-ranked German had to dig deep for his 6-7 (5/7), 6-3, 7-6 (7/4) win to seal the tie, but gained valuable court time ahead of another crack at a first Grand Slam trophy at the Australian Open starting next week.

Zverev, who fell agonisingly short in the US Open final last year to Dominic Thiem, said having his brother Mischa as team captain had helped him.

"All the players enjoy having him as captain, he's been fantastic in training as well. It's just great to have him here," he said.

Germany's Jan-Lennard Struff upset Milos Raonic 7-6 (7/4), 7-6 (7/2) in the opening match and Canada are now out after a second narrow loss for Shapovalov, who pushed Novak Djokovic hard in their Group A clash on Tuesday.

Djokovic's defending champions beat Canada 2-1 in their opener on Tuesday and will play Germany on Thursday for a place in the semis.

Italy became the first nation into the last four by beating France to follow their opening win against Austria in Group C.

Fabio Fognini won just five games in his ATP Cup opener on Tuesday against Denis Novak, but bounced back to battle past Benoit Paire 6-1, 7-6 (7/2) and give Italy a 1-0 lead.

Berrettini, tipped by Djokovic as among the new generation capable of winning a Grand Slam, clinched the tie with a comfortable 6-4, 6-2 victory over Gael Monfils, ranked a place below him at 11.

"I was ready for any score. I kept going," said Berrettini, who recovered from going down an early break in the first set. "I thought about my weapons and that's how I won the match.

"It's a great team, great guys. We are enjoying on court, but off court as well," he added. "I think when you're playing for your country, for your team, it's something special."

Russia, the only nation playing with two top 10 stars in Daniil Medvedev and Andrey Rublev, could also make the semis if they beat Kei Nishikori's Japan in their evening clash in Group D.

Hosts Australia, who lost to Rafael Nadal's Spain in their opening Group B tie, face a Greek team spearheaded by Stefanos Tsitsipas on Wednesday evening.

Serbia overcame Spain in the final of the inaugural and hugely popular tournament last year in Sydney -- launched as a rival to the Davis Cup.

It has been slimmed down from 24 teams to 12 this year due to the coronavirus over five days at Melbourne Park with $7.5 million at stake, rather than the multi-city format employed in 2020.

Comments
Topics mentioned in this article
Alexander Zverev Tennis
Get the latest updates on IPL 2021, IPL Points Table , IPL Schedule 2021 , live score . Like us on Facebook or follow us on Twitter for more sports updates. You can also download the NDTV Cricket app for Android or iOS.