Simona Halep had to dig deep for a come-from-behind win against Kaia Kanepi in the first round of the Australian Open. 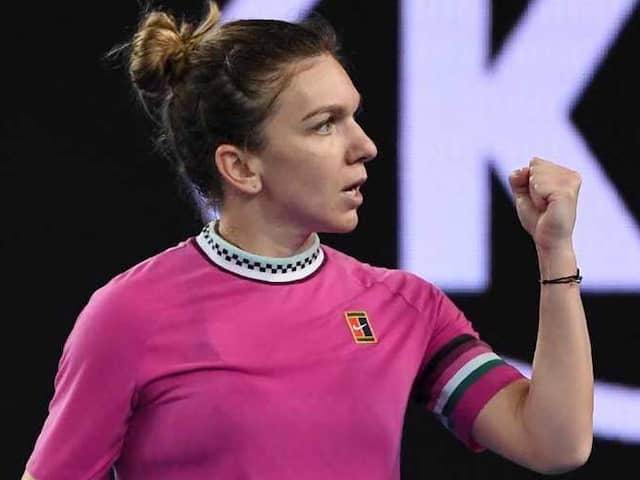 World number one Simona Halep admitted she was struggling for form after narrowly surviving a first-round scare at the Australian Open on Tuesday, saying she had "no expectations" about how far she can go at the season-opening Grand Slam. The Romanian had to dig deep for a come-from-behind win against Kaia Kanepi, the unseeded Estonian who dumped her from last year's US Open first round. Halep said she was proud of the fight she showed grinding out a 6-7 (2/7), 6-4, 6-2 victory, but conceded it was not the type of performance expected of the top seed and French Open champion.

"I'm just happy that I could win," she said. "Nothing else matters because I'm not at the highest level of my tennis.

"I'm just trying to feel good on court and to improve day by day."

The 27-year-old showed no sign of the back injury that ended her season prematurely last year, instead she simply struggled to cope with the Estonian's powerful groundstrokes.

"At one point I didn't know what to do any more because the ball was coming so strong," she said.

"I just thought I have to be strong on the legs, to be there closer to the line. If I went back, I would not have a chance to return the balls."

Halep came to Melbourne Park on a five-match losing streak, equalling the worst run of her career.

Her horror show at Flushing Meadows would have been repeated if Kanepi had not undermined her own cause with a mammoth 62 unforced errors and five double faults.

The Estonian outgunned Halep with 40 winners to 25, underlining her opponent's recent struggles.

Expectations for her Australian campaign were initially high after she lost an epic final to Caroline Wozniacki last year.

Halep later admitted the defeat "broke me a little bit" until she claimed her own maiden Slam at Roland Garros.

But the back injury, poor form and an amicable split from Australian coach Darren Cahill -- who left to spend more time with his family -- have shaken her confidence.

She said Melbourne Park seemed "weird and tough" without her local mentor, although they had been in contact since she arrived in Australia.

She said there was no hurry to find a replacement.

"I'm just chilling for the moment and we will see after this tournament," she said.

"I have no expectations because I'm not at the highest level. But I'm motivated. So it's just kind of taking out the pressure a little bit."

Halep said her relaxed attitude was partly because she had an extended off-season and arrived in Australia later than usual.

"I had a normal life for two months, which is great," she said, explaining she was "exhausted" after last season's breakthrough efforts.

She insisted she was unconcerned about losing the number one ranking if she failed to go deep in the tournament.

"It's not in my mind," she said. "I finished three years at number one, the ranking doesn't matter any more. "I play tennis because I like it. Now my challenge is to win every match I play."

Comments
Topics mentioned in this article
Simona Halep Kaia Kanepi Tennis
Get the latest Cricket news, check out the India cricket schedule, Cricket live score . Like us on Facebook or follow us on Twitter for more sports updates. You can also download the NDTV Cricket app for Android or iOS.