The former world number one was dumped from the season-opening Grand Slam in a gut-wrenching loss to little-known German Laura Siegemund late Tuesday. 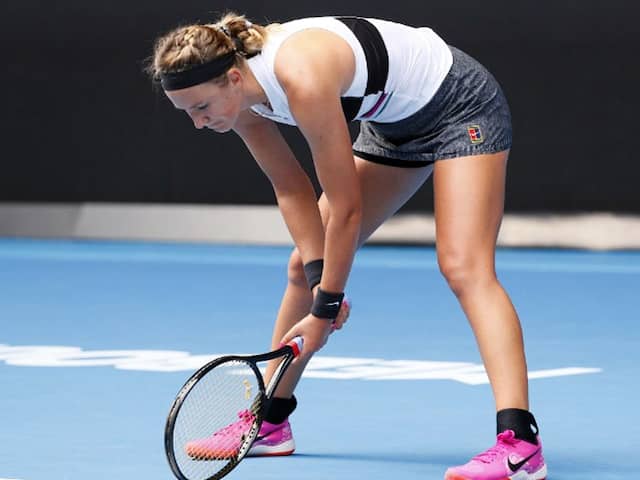 Victoria Azarenka is now out of Australian Open 2019 after 1st round loss.© AFP

A despondent Victoria Azarenka has vowed to fight her way out of a career-threatening slump and recapture the form that delivered her two Australian Open titles. The former world number one was dumped from the season-opening Grand Slam in a gut-wrenching loss to little-known German Laura Siegemund late Tuesday after throwing away a one-set lead. Azarenka, 29, wiped away tears as she contemplated the tough battle ahead to return to the top after tumbling down the rankings following the birth of son Leo and a messy custody battle afterwards.

"I've had injuries before but I've never had slumps before in terms of results," said the Belarusian, who is currently ranked 58 in the world.

"It's not easy to sit here and be positive but I don't have a choice."

Azarenka said she maintained a burning ambition to return to the game's elite and believed hard work was the only way to get there.

"It was very obvious that my game was not there," she said.

"It's not going to stop me, after today. No matter how much it hurts, I have to learn from it. I've never really learned how to struggle before so maybe it's a lesson, but it's disappointing."

She won the title in 2012 and 2013, but missed the last two tournaments because of giving birth and the custody battle.