Indian team competed in an intra-squad match in Colmobo as the Shikhar Dhawan-led side geared up for the upcoming ODI series against Sri Lanka. 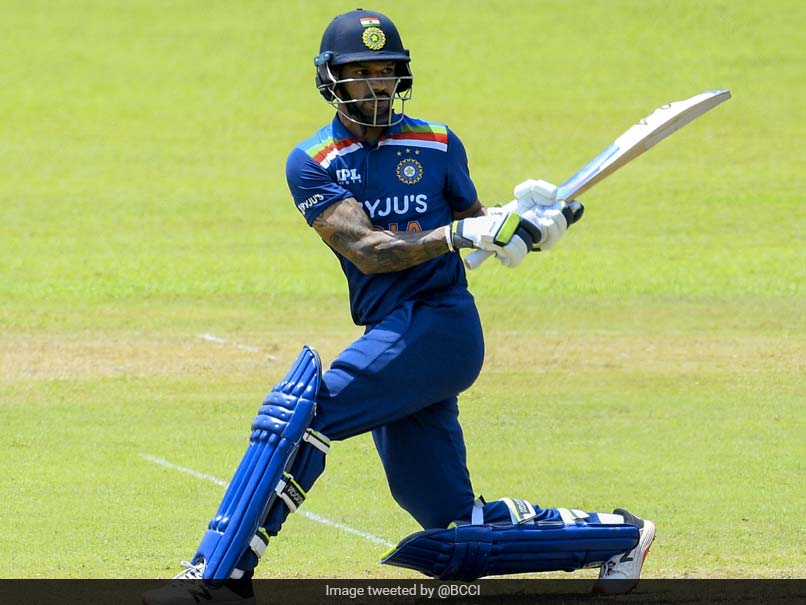 The Indian cricket team sweated it out in Colombo as Shikhar Dhawan-led side geared up for the upcoming three-match One-Day International (ODI) series against Sri Lanka. Members of the Indian contingent, who arrived in Sri Lanka on June 28, competed in an intra-squad match to begin their preparation for the upcoming limited-overs series. The Board of Control for Cricket in India (BCCI) took to Twitter to share pictures from the intra-squad match. In the pictures, India's stand-in skipper Dhawan can be seen playing a reverse sweep while vice-captain Bhuvneshwar Kumar was also seen rolling his arm over during the practice game. Youngsters like Ishan Kishan and Ruturaj Gaikwad were also clicked as they took the field on Monday.

"High Energy Full On Intensity. A productive day in the field for #TeamIndia during their T20 intra squad game in Colombo," the photos were captioned.

A productive day in the field for #TeamIndia during their T20 intra squad game in Colombo #SLvIND pic.twitter.com/YLbUYyTAkf

The recap with a twist

"Shikhar won the toss and elected to bat. His team scored 150-odd in the allotted 20 overs. There were useful contributions from Ruturaj who got 30-odd runs. Manish Pandey was the highest scorer with 63," India's bowling coach Paras Mhambrey said in a video tweeted by BCCI.

"Bhuvneshwar's team easily chased down the target in the 17th over with Suryakumar Yadav scoring a half-century. Devdutt Padikkal and Prithvi Shaw put on a 60-run opening partnership," he added.

The ODI series will kick start on July 13 with the second and third game to be played on July 16 and 18 respectively.

After the ODI series, both teams will compete in a three-match Twenty20 International series, starting July 21.

All the six matches will be played at the same venue -- R Premadasa Stadium.

Dhawan is leading the squad as India's Test players including skipper Virat Kohli, Rohit Sharma, Jasprit Bumrah and Ravindra Jadeja are currently in England for the upcoming five-match Test series.

In place of the regular head coach Ravi Shastri, who is also in England with the Test squad, former India captain Rahul Dravid is travelling with young team in Sri Lanka.

Bhuvneshwar Kumar Ruturaj Gaikwad Ishan Kishan Cricket Sri Lanka vs India, 2021
Get the latest updates on IPL 2021, check out the IPL 2021 Schedule and Indian Premier League Live Score . Like us on Facebook or follow us on Twitter for more sports updates. You can also download the NDTV Cricket app for Android or iOS.