South Africa vs India: We Have Stranglehold Over India At Home, Don't See That Changing, Says Makhaya Ntini 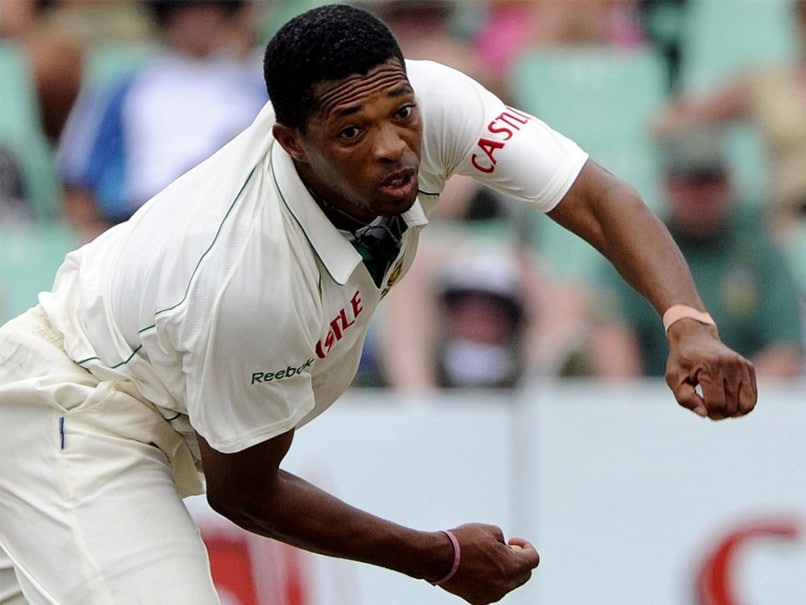 Former pacer Makhaya Ntini doesn't see India winning their maiden Test series in South Africa while the great Allan Donald feels the Proteas' inexperienced batting will be tested by Jasprit Bumrah and company. The first Test begins in Centurion from December 26. India are primed for their maiden success in South Africa, having lost 1-2 in 2018 when the hosts boasted the likes of now-retired AB de Villiers, Faf du Plessis, Hashim Amla, Vernon Philander and Dale Steyn. "India have a very good bowling attack this time around, but the Proteas know the South African conditions better. This for me will be key," Ntini, who featured in the 2001 and 2006-07 home series' against India, said in a CSA release.

"We have to back ourselves because we have that home advantage. Our players know the wickets very well and that will give us the edge," he added.

Donald, on the other hands, says whichever team bats better will win the series. He was a central figure in the 1992-93 series against India and also the 1996-97 series win on home soil.

"Both teams line up really well, both have strong bowling line-ups and that will mean the batting on both sides will be tested," said Donald.

"Our batting has lost some key players in the last couple of seasons. There's no hiding from the fact that it's a young line-up and they will be tested by the Indian attack," he added.

"For me that is where the series will be decided. In the last few seasons, we haven't scored enough runs and that will be the challenge. If we can put the runs on the board, we undoubtedly have the bowlers who can take 20 wickets," he said.

"(Virat) Kohli's comments a few years ago were that you'll never be classed as a great side if you don't win away from home and that has been something he really worked towards. You saw them win in Australia and also reach the WTC (World Test Championship) Final," Donald added.

"This is a quality Indian team that is here. I'm looking forward to it." Nitni, who took 390 wickets in 101 Tests, has different take on the two teams. "There's nothing better than playing at home in familiar surroundings, especially against a very good India team," he stated.

"We have the likes of (captain) Dean Elgar and Temba Bavuma, who have the ability to dig in and score big runs and I also like the way that Rassie (van der Dussen) has come in and grown in that team," he added.

"Then we also have a guy like Quinny (de Kock), who we know will not hold back. He will play his natural game." In a nutshell, he feels South Africa will maintain their winning streak at home," he said.

"Then when it comes to our bowling attack, we have a settled unit and one that can definitely put India under pressure," he added.

"We still have that stranglehold over them because they've never won here and I don't think that will change. It will mean a lot if we can win, but I'm hoping to see some good cricket," he added.

South Africa Cricket Team Makhaya Ntini Allan Donald South Africa vs India 2021/22 Cricket
Get the latest updates on IPL Auction 2023 and check out  IPL 2023 and Live Cricket Score. Like us on Facebook or follow us on Twitter for more sports updates. You can also download the NDTV Cricket app for Android or iOS.