The BCCI announced on Monday that Rohit Sharma had been ruled out of the Test series due to a left hamstring injury. 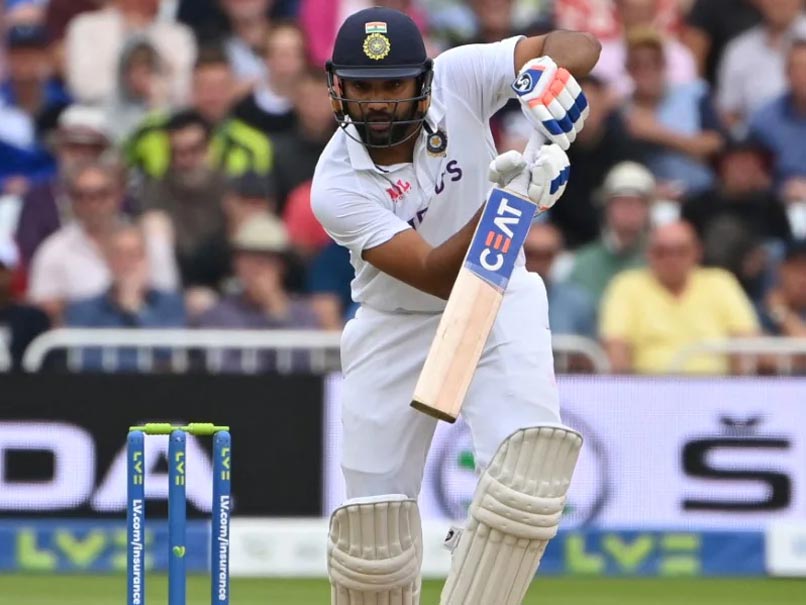 Rohit Sharma, who was named vice-captain of Test side, will miss SA Test series© AFP

Rohit Sharma, who was recently appointed as India's Test vice-captain, has been ruled out of the upcoming three-match Test series against South Africa, starting December 26. The Board of Control for Cricket in India (BCCI) announced on Monday that the 34-year-old will miss the Test series due to a left hamstring injury. While highlighting the team's already existing long list of injury concerns, former India batter Aakash Chopra said that the star batter will be a "huge miss" for the Virat Kohli-led side, adding that India's chances of winning Test series are also "in doubt".

"Rohit Sharma is going to be a huge miss (for the South Africa tour). If Rohit's a doubt for the tour, India's chances (of winning) are also in doubt. Who was you best batter in 2021? In England, Rohit and KL Rahul batted together (at the top), and the way Rohit played, it seemed that he has fallen in love with Test cricket. He was leaving and defending the ball quite well. But, if he is not in the team, India will have problems," Chopra said in a video on his YouTube channel.

With Shubman Gill also out injured, Rohit has been replaced in India's 18-man squad by opening batter Priyank Panchal, who was part of the India A tour to South Africa earlier this month.

Chopra also feels either Jasprit Bumrah or Ravichandran Ashwin might be named as vice-captain in Rohit's absence.

"The management might not want to get into the mess of naming a vice-captain. But there is a possibility that India might name Jasprit Bumrah as vice-captain, or even Ravichandran Ashwin on the basis of seniority," he added.

The Indian team will be in quarantine for three days before flying to South Africa ahead of the first Test, which will start on Boxing Day, December 26, at the SuperSport Park in Centurion.

Ravichandran Ashwin Cricket South Africa vs India 2021/22
Get the latest updates on ICC T20 Worldcup 2022 and CWG 2022 check out the Schedule, Live Score and Medals Tally. Like us on Facebook or follow us on Twitter for more sports updates. You can also download the NDTV Cricket app for Android or iOS.