India vs South Africa: The ball flew low towards the first slip where Cheteshwar Pujara failed to get down in timeand couldn't hold on to a tough chance. To add salt to India's injury, the ball rolled down to hit the helmet placed behind the wicket-keeper and it resulted in 5 runs for the home team 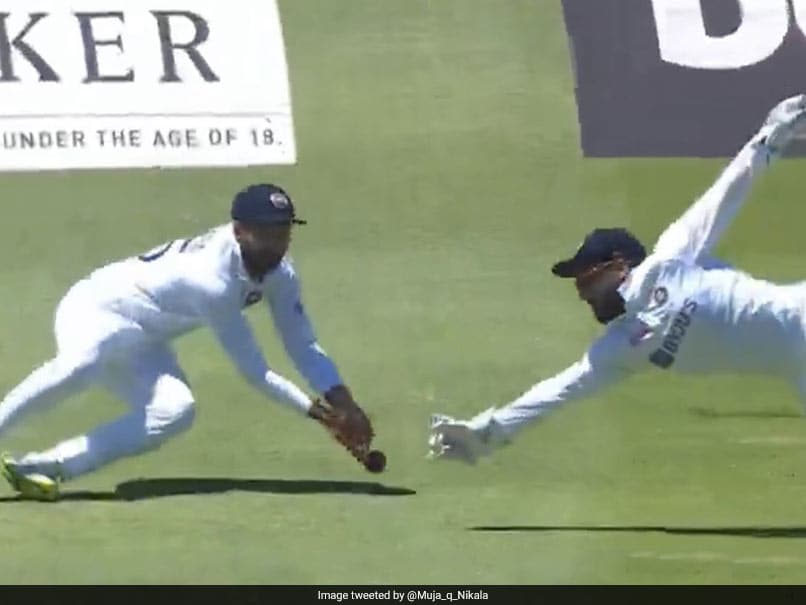 The Indian cricket team made a good start to the second day of the 3rd Test against South Africa in Cape Town with its bowlers taking early wickets to put pressure on the hosts. But despite some really good bowling, the India pace quartet of Jasprit Bumrah, Mohammed Shami, Umesh Yadav and Shardul Thakur was often left frustrated as half chance didn't go their way.

Several edges dropped short of the slips while the bounce in the pitch ensured the batters were often saved when they were trapped in front of the wicket. India captain Virat Kohli took two DRS reviews but on both the occasions the ball tracker showed the ball would have missed the stumps.

Shardul Thakur was unlucky on several occasions. With Keegan Petersen leading the innings from the front after scoring a solid half-century, the Indians were looking to make some breakthroughs at the other end and managed to remove the likes of Keshav Maharaj and Rassie van der Dussen.

That brought the in-form Temba Bavuma to the middle and he too looked solid on the wicket until he chased a slightly wide delivery outside the off stump from Shardul Thakur and ended up getting an edge.

The ball flew low towards the first slip where Cheteshwar Pujara failed to get down in time and couldn't hold on to a tough chance. To add salt to India's injury, the ball rolled down to hit the helmet placed behind the wicket-keeper and it resulted in 5 runs for the home team in the form of a penalty according to the rules of cricket.

The hosts are looking to get a big lead in the first innings at this point as the Indians were bowled out for 223 in their first innings.

Bavuma was eventually dismissed for 28 as Virat Kohli took a brilliant low catch to complete 100 catches in Test cricket.

Cheteshwar Pujara Temba Bavuma Shardul Thakur Keegan Petersen South Africa vs India 2021/22 Cricket
Get the latest updates on ICC T20 Worldcup 2022, check out the Schedule and Live Score. Like us on Facebook or follow us on Twitter for more sports updates. You can also download the NDTV Cricket app for Android or iOS.