Jacques Kallis leads the pack in a list of formidable performances by South African batsmen against India. 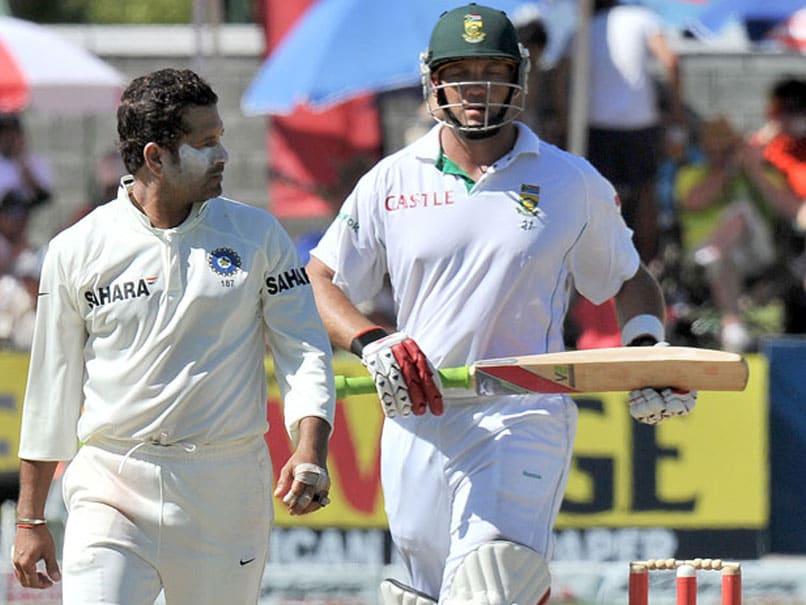 Forever Mr. Dependable, former South African all-rounder Jacques Kallis was destined for greatness, both with the bat and ball. One of the finest to have taken the field, Kallis was a bundle of stubbornness, grit and determination with the willow and so when he took the park against India at Newlands in 2010-11, it was no different.

South Africa were in a spot of bother after losing two early wickets and in came Kallis. On a track where nobody else crossed 60, Kallis showed his class as he took his team to a competitive total after scoring a brilliant 161 off 291 balls.

India got a two-run lead in the first innings and the hosts were reduced to 64 for 4 that got worse with Ab de Villiers and Ashwell Prince falling cheaply with the score reading 130 for 6 in the second innings. But the game was far from over as Kallis remained at the other end, carved out another scintillating knock of 109 not out that got his team in a position where they could have pushed for victory on the final day, giving India a target of 340 to chase.

The match eventually ended in a draw and so did the series with South Africa winning the first Test match at Centurion and India winning the second one at Durban.

One of the most underrated players of his generation, Hashim Amla has hardly had a season where has not scored runs for South Africans at the top of the order. While he might not be the most explosive player to have played the game, but his hunger for runs is beyond imagination.

It was one such day where Amla was in his elements. Along with Alviro Petersen, Amla gave the Proteas a brilliant start and eventually fell for 114 off 166 balls. Unfortunately that was all India needed as the South Africans collapsed from 218 for 1 to 296 all out.

Mahendra Singh Dhoni declared the Indian innings after the hosts had taken a 357-run lead and South Africa had their job cut out in the last couple of days to save the Test match.

It was another situation tailor-made for Amla as he hung in there right till the end with a gritty 123 not out but it wasn't enough at the end as India won the Test match in the dying moments of the fifth day.

There was hardly any sight in world cricket better than watching Herschelle Gibbs in full flow. Gibbs was possibly one of the finest stroke-makers of his generation and on his day, can send any opposition on a leather hunt.

The sun was out at St George's Park as it witnessed a beautiful day's cricket where India seamer Javagal Srinath kept picking up wickets and Gibbs kept hitting the bowlers at will from his end.

The Proteas managed to score 362 in their first innings out of which Gibbs had scored 196. Sachin Tendulkar finally managed to get rid of Gibbs but not before the South African batsman had hit 25 fours and a six. The Test match ended in a draw but the hosts won the series.

Comments
Topics mentioned in this article
India Cricket Team South Africa Cricket Team Jacques Kallis Hashim Amla Herschelle Gibbs Newlands, Cape Town South Africa vs India 2018 Cricket
Get the latest updates on ICC T20 Worldcup 2022 and CWG 2022 check out the Schedule, Live Score and Medals Tally. Like us on Facebook or follow us on Twitter for more sports updates. You can also download the NDTV Cricket app for Android or iOS.