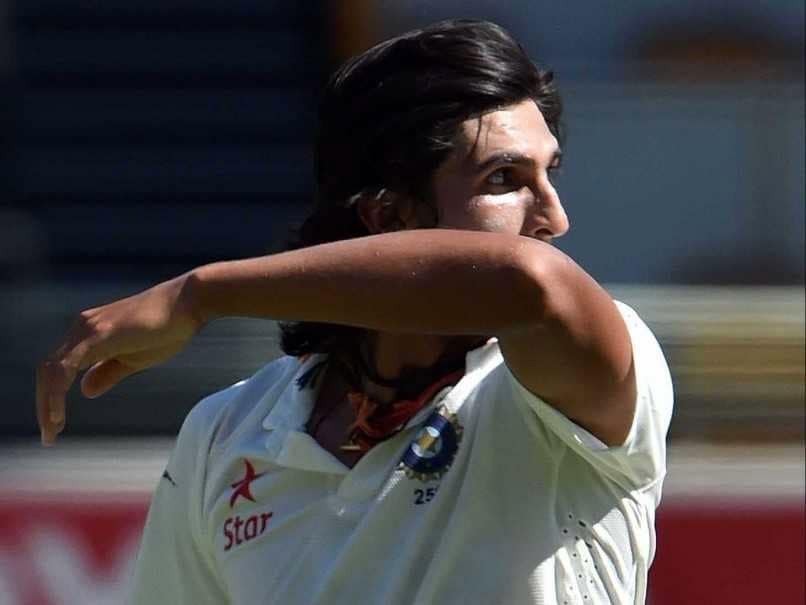 Venkatesh Prasad feels Ishant Sharma is yet to realise his true potential.© AFP

"Ishant has been around for more than a decade. It is high time that he leads the attack. I don't know what the issue is. He has got the pace, the height, the aggression but he has not realised his potential. He should be playing the role that Srinath (Javagal) played when he was around, or Zaheer Khan or Kapil Dev when they played," Prasad told PTI on Tuesday.

By far the most experienced pacer out of the five, Ishant has been bowling well of late but he is not a sure starter in the playing XI. The 29-year-old made his Test debut way back in 2007 and has played 79 Tests since then, taking 226 wickets at an average of 36.55.

Prasad said there is enough variety but a lot would depend on how they adapt to the conditions.

"They all (Ishant, Umesh, Bhuvi, Shami and Bumrah) are different to each other. With more and more cricket being played and more rolling, the pitches in South Africa are not what they were 10-15 years ago.

"However, the extra bounce would surely suit the faster bowlers but it remains to be seen how the Indian pacers adapt to the conditions after doing well at home," said Prasad.

Bumrah has received his maiden call-up in Tests after doing well consistently in the shorter formats.

"He has done well and that is why he has been picked. Let him get the opportunity then we will see how he fares. The requirements of bowling in Tests are different to the needs of the shorter formats," said Prasad, who toured South Africa twice.

Prasad feels Steyn and Morkel, who are coming back after an injury lay-off, will not be much of a threat to the formidable Indian batting but the visitors need to be wary of Rabada.

"With due respect, I don't see Steyn and Morkel posing a big threat. The bowler India need to watch out for is Rabada. He is young, he has got the pace and creates that awkward bounce for the batsman," he opined.

Comments
Topics mentioned in this article
India Cricket Team South Africa Cricket Team Ishant Sharma Javagal Srinath Kapil Dev Venkatesh Prasad South Africa vs India 2018 Cricket
Get the latest updates on Fifa Worldcup 2022 and check out  Fifa World Cup Schedule, Stats and Live Cricket Score. Like us on Facebook or follow us on Twitter for more sports updates. You can also download the NDTV Cricket app for Android or iOS.