India vs South Africa: Virat Kohli Gets Attacked On Twitter After Getting Out Cheaply At Newlands

Some Twitter users were quick to pounce on Virat Kohli after he got out cheaply against South Africa in Cape Town. 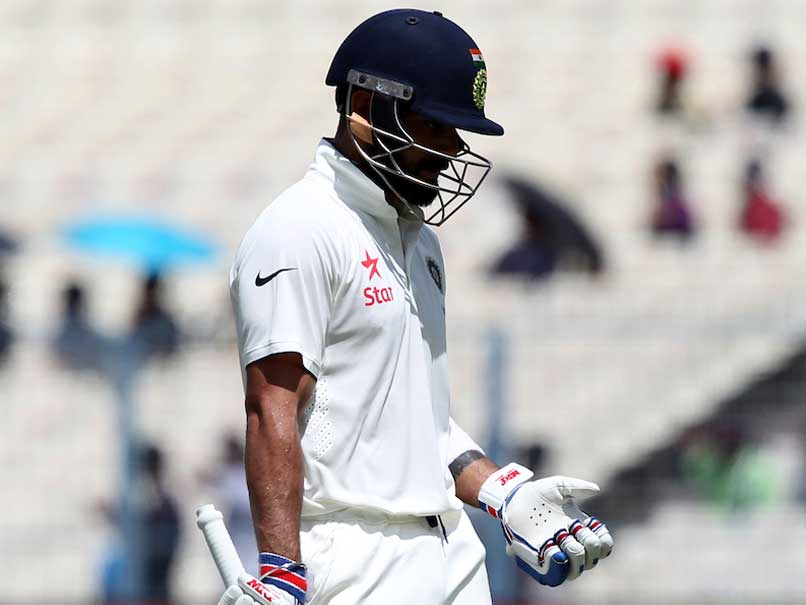 It doesn't take much for some Twitter users to start trolling and that is exactly what happened after Indian skipper Virat Kohli was dismissed for 5 in India's first innings of the 1st Test against South Africa on Friday. Kohli came out to bat after India had suffered a double setback with both openers -- Murali Vijay (1) and Shikhar Dhawan (16) -- dismissed early. A lot was expected from the Indian run-machine, who has been in some terrific form in recent times, but Morne Morkel had other ideas. Bowling his first delivery of the series, the lanky South African pacer produced some extra bounce, which Kohli found difficult to handle and edged it straight to wicketkeeper Quinton de Kock.

India ended the day on 28 for three, trailing the hosts by 258 runs.

Fans were not impressed with the Indian performance and Kohli's showing in particular and voiced their opinions.

Expections:- Kohli can score in every condition....

Reality:- On batting pitch score more than 200, On green top less than 20.

Virat Kohli gets out on 5 runs only. This is what happened when u forced an employee to come office during his honeymoon days. #SAvIND

Coach : why are you struggling in South Africa?

Virat Kohli is an extremely good batsman. He is nowhere near the same class as Tendulkar or Lara nor is he a flat track bully. Ridiculous hysteria as always. Expecting Smith to be labelled a FTB too when he struggles against this attack.

Virat Kohli is going to have his heart in his mouth during first half hour of play tomorrow. With the pitch having quickened and the pacers being relentless, if Rohit nicks off for a single digit score tomorrow, ViKo will come under heavy criticism for dropping Rahane. #INDvSA

It would take atleast 10-15 innings for Virat Kohli to come out of Honeymoon hangover and play his natural game.

Modiji should give tips to kohli and co. before every overseas tour. #INDvSA

Earlier in the day, Twitter was up in arms against India's decision to leave Test specialist and vice-captain Ajinkya Rahane out of the first Test.

The fans were having none of it and slammed the decision.

Choosing flat track bully of limited over's cricket over a test specialist like Rahane who have scored runs in alien conditions. Only possible in India #SAvIND

Dropping Rahane in an overseas Test is as foolish as dropping Rohit in a home ODI. #SAvIND

Already, there is added pressure on Kohli and his men with the ongoing series in South Africa being seen as a litmus test for a team that has been on fire in home conditions. History is also not on visitors' side with India yet to win a single Test series in six attempts in South Africa.

The pressure will only continue to mount on this team and if their first day batting performance is anything to go by, tough times lie ahead.

Comments
Topics mentioned in this article
India Cricket Team South Africa Cricket Team Virat Kohli South Africa vs India 2018 Newlands, Cape Town Cricket
Get the latest updates on ICC T20 Worldcup 2022 and CWG 2022 check out the Schedule, Live Score and Medals Tally. Like us on Facebook or follow us on Twitter for more sports updates. You can also download the NDTV Cricket app for Android or iOS.