Ajinkya Rahane did not make the playing XI for the 1st Test vs South Africa, mystifying the fans. 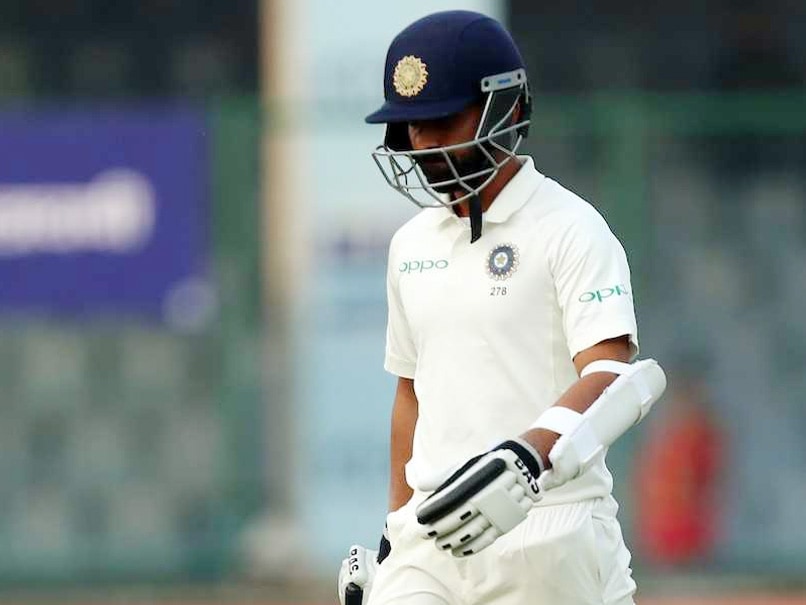 Ajinkya Rahane was dropped for the 1st Test against South Africa.© BCCI

The Indian cricket team on Friday made some interesting changes to the playing XI for the 1st Test against South Africa in Cape Town. Virat Kohli and Ravi Shastri decided to drop vice-captain Ajinkya Rahane, while Jasprit Bumrah was handed his Test debut for the series opener. The exclusion of Rahane, who hasn't been firing of late, left the fans perplexed. The Mumbai batsman has been a consistent performer for the team on overseas conditions in the last couple of years. Moreover, Rahane offers a safe pair of hands in the slip cordon, which has been a problem area for this Indian side. Several fans were of the opinion that Rahane should have been picked over Rohit Sharma given the conditions on offer.

Fans reacted rather strongly as Kohli, who lost the toss, revealed his team ahead of the match.

Dropping Ajinkya Rahane has to one of the most stupidest decisions. You don't want to drop a player because he had one bad series, that crushes his confidence completely. Plus dropping a vice captain doesn't seem right. #SAvIND #INDvSA @ESPNcricinfo

I love Rohit more than anyone. But he shouldn't play ahead of Rahane.

Choosing flat track bully of limited over's cricket over a test specialist like Rahane who have scored runs in alien conditions. Only possible in India ???? #SAvIND

This is so disappointing. How can you select Rohit Sharma over Ajinkya Rahane and that too in South Africa? @Pilluster #SAvIND
Even Pandya is playing. WTF?

Dropping Rahane in an overseas Test is as foolish as dropping Rohit in a home ODI. #SAvIND

Comments
Topics mentioned in this article
India Cricket Team South Africa Cricket Team Ajinkya Rahane Newlands, Cape Town Cricket South Africa vs India 2018
Get the latest updates on ICC T20 Worldcup 2022 and CWG 2022 check out the Schedule, Live Score and Medals Tally. Like us on Facebook or follow us on Twitter for more sports updates. You can also download the NDTV Cricket app for Android or iOS.