Ajinkya Rahane's exclusion from the playing XI for the Cape Town Test led to a lot of criticism. 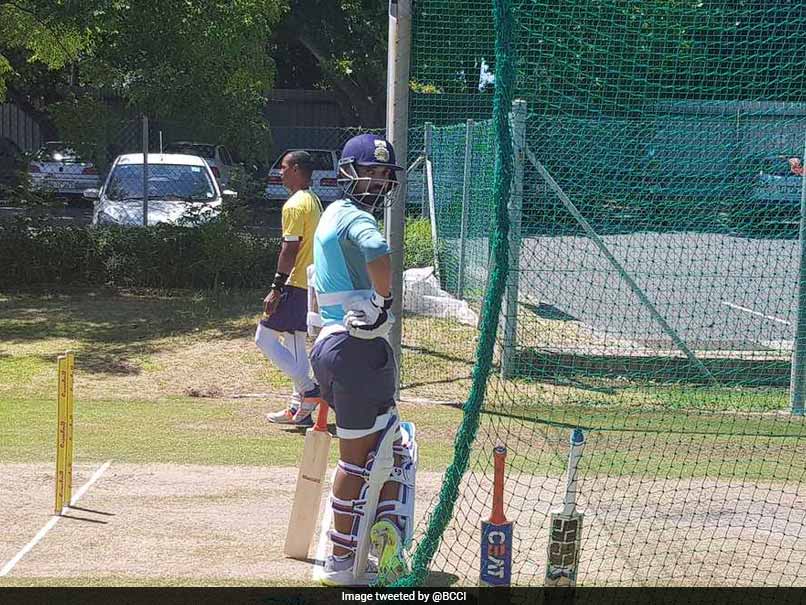 Just a day after India suffered the defeat, Rahane was seen as a part of optional practice session.© BCCI

There has been a lot of debate over India's team selection in the 1st Test against South Africa at Cape Town. Fans and media alike criticised the team management's decision of considering Rohit Sharma ahead of Ajinkya Rahane for the Newlands Test, whichIndia lost by 72 runs. Just a day after India suffered the defeat, Rahane was seen as a part of optional practice session. Apart from Rahane, opener KL Rahul, speedster Ishant Sharma and Parthiv Patel, all of whom carried drinks at Cape Town, were also seen practicing at the nets.

BCCI posted photos of Team India's training session and wrote: "Post game day and back to the grind #TeamIndia."

Post game day and back to the grind #TeamIndia pic.twitter.com/Un22UU4DMb

Assistant coach Sanjay Bangar and bowling coach Bharat Arun were part of the support team that assisted the players through the session lasting just under 90 minutes.

Rahul and Rahane batted in the adjoining nets, alternating between facing throw-downs as well as net bowlers.

Ishant also bowled. Patel was last to join in the batting sessions.

Indian skipper Virat Kohli had put down vice-captain Rahane's absence to form as Rohit scored three hundreds across all formats in the preceding Sri Lanka series at home.

India lost the first Test by 72 runs within four days, with Vernon Philander wreaking havoc with his pace and swing.

Comments
Topics mentioned in this article
India Cricket Team South Africa Cricket Team Ajinkya Rahane Ishant Sharma Lokesh Rahul South Africa vs India 2018 Virat Kohli Rohit Sharma Cricket
Get the latest updates on ICC T20 Worldcup 2022 and CWG 2022 check out the Schedule, Live Score and Medals Tally. Like us on Facebook or follow us on Twitter for more sports updates. You can also download the NDTV Cricket app for Android or iOS.