Vernon Philander led a truncated South African bowling attack with a fine display as he, along with Morne Morkel and Kagiso Rabada, helped the Proteas dismiss India for 135 to give the host a 72-run win and a 1-0 lead in the three-Test series. 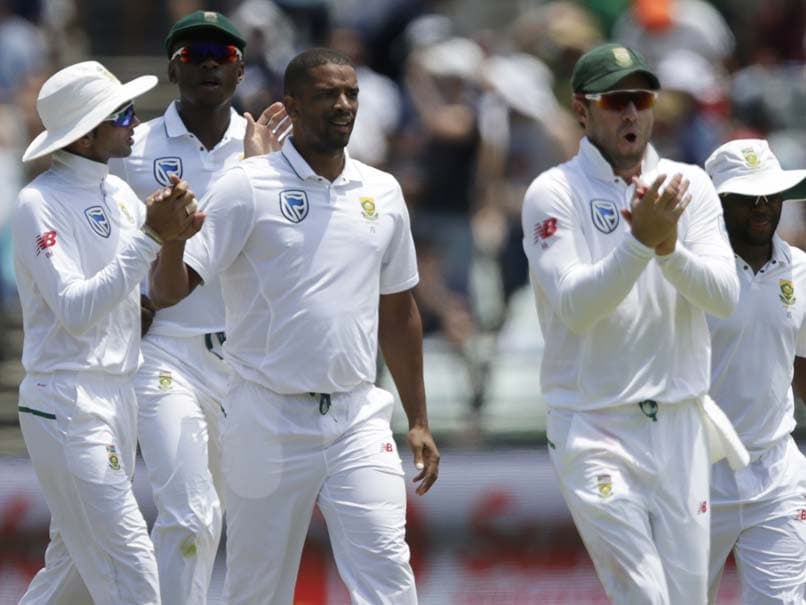 Vernon Philander led a truncated South African bowling attack with a fine display as he, along with Morne Morkel and Kagiso Rabada, helped the hosts bowl out India for 135 in the second innings to give the hosts a 72-run win and a 1-0 lead in the three-Test series. India, chasing a target of 208, were done in by the persistent line and length of the Proteas fast bowlers. After dismissing South Africa for 130 in their second innings, India would have thought that they had more than a fighting chance to win the Newlands Test as they had to score 208 runs to win in two sessions and one full day.

However, Philander's ability to move the ball was just too much for the top and middle order to handle and the medium-pacer, with able help from the seam-up duo of Morkel and Rabada, made the Indian batsmen dance to his tunes.

India were looking good initially, with Murali Vijay using the DRS to his benefit twice. But once Shikhar Dhawan (16) and Vijay (13) departed, both with India's score on 30, the slide began and the South Africans kept gathering momentum.

The 32-run fourth-wicket stand between skipper Virat Kohli (28) and Rohit Sharma (10) gave India some hope before Philander took care of both.

Rabada then found the edge of first-innings half-centurion Hardik Pandya's bat and the match was effectively over.

Kohli was the only Indian batsman who looked like taking the attack to the South Africans but once he departed, trapped leg-before by Rabada, the writing was clear on the wall.

Wicketkeeper-batsman Wriddhiman Saha fell for 8 at the stroke of tea to all but end India's chances of overhauling the target.

But after the second session, Ravichandran Ashwin (37) and Bhuvneshwar Kumar (13) got together and managed to keep the South Africans at bay and give India an inkling of hope.

The duo put on 49 runs for the eighth wicket to keep the visitors afloat. However, Philander had other ideas and removed Ashwin on the first ball of the 42nd over before dismissing Mohammed Shami and Jasprit Bumrah off consecutive balls in the same over to steer his team to victory.