Captain JP Duminy and Heinrich Klaasen scored quick-fire half-centuries as South Africa beat India by six wickets in the second Twenty20 International at the SuperSport Park in Centurion on Wednesday. 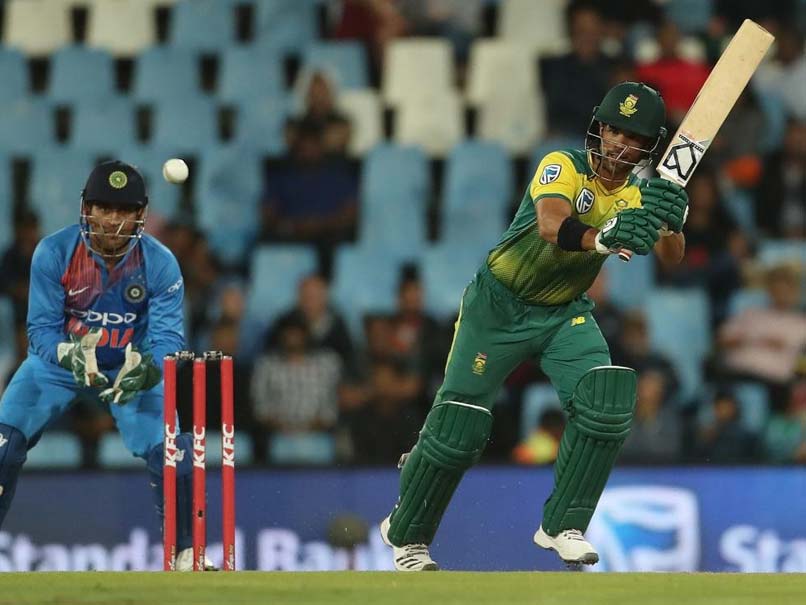 Captain JP Duminy and Heinrich Klaasen scored quick-fire half-centuries as South Africa beat India by six wickets in the second Twenty20 International at the SuperSport Park in Centurion on Wednesday night. With this win, the three-match series is locked at 1-1 and the final T20I will be played in Cape Town on Saturday. Set a challenging target of 189, South Africa rode on Klaasen's 69 off 30 deliveries and skipper Duminy's unbeaten 64 off 40 balls to chase down the score in 18.4 overs.

The South African wicket-keeper hit three boundaries and seven sixes in his belligerent knock and stitched a 93-run partnership stand with Duminy to put the Proteas in the driver's seat. Duminy smashed four boundaries and three sixes in his unbeaten knock.

After bringing South Africa in sight of victory, Klaasen finally departed when he top-edged a Jaydev Unadkat delivery straight to MS Dhoni behind the stumps in the 14th over.

Thereafter Duminy took the onus on himself to guide South Africa home and together with Farhaan Behardien (16 not out) shared unconquered 48 runs for the fifth wicket to seal the series-levelling victory.

Duminy was cool as cucumber as he never panicked after Klaasen's dismissal and finished off the chase in style with two consecutive sixes of Unadkat.

Put into bat, Manish Pandey and Dhoni slammed brilliant half-centuries to guide India to a challenging 188 for four.

While Pandey remained unbeaten on 79 off 48 balls, Dhoni made 52 off 28 deliveries.

The duo shared 98 runs for the fifth wicket in just 9.2 overs to take India to the commanding total.

Sent into bat, India were dealt a severe blow in the first ball of the second over when Rohit Sharma was caught plumb in front of the wicket for a duck by Junior Dala (2/28).

But thereafter, Shikhar Dhawan (24 off 14) came to the party and clobbered Chris Morris for two fours and as many sixes in the third over to up the ante.

Suresh Raina (31 off 24) matched his partner stroke for stroke and hit right-arm pacer Dane Peterson for three boundaries in the next over to take India to 40 for one after four overs.

The duo took time to settle down but once they got their eyes set, they clobbered the South African bowlers to all around the park.

While Pandey struck six boundaries and three sixes during his knock, Dhoni was not far behind his younger partner as he found the fence four times and over it thrice.

Comments
Topics mentioned in this article
India Cricket Team South Africa Cricket Team JP Duminy Heinrich Klaasen MS Dhoni Manish Pandey South Africa vs India 2018 Cricket
Get the latest updates on ICC Women's Cricket World Cup 2022 and IPL 2022, check out the Schedule , Live Score and IPL Points Table. Like us on Facebook or follow us on Twitter for more sports updates. You can also download the NDTV Cricket app for Android or iOS.