Hardik Pandya Could Develop Into A Fantastic Asset: Lance Klusener

Klusener reckons that Pandya's knock in the first innings was fantastic and it helped India reverse the pressure and put it back on South Africa. 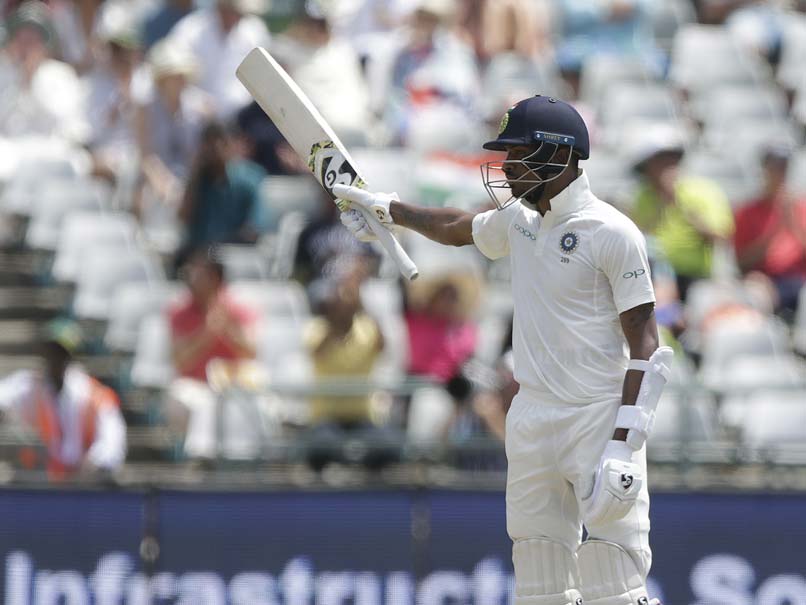 Hardik Pandya scored a brilliant 93 off 95 balls against South Africa in the first Test.© AFP

Former South African allrounder Lance Klusener feels that Hardik Pandya has all the ingredients to become an asset for the Indian team with his all-round abilities. Pandya, who scored a brilliant 93 off 95 balls in the Newlands Test, also picked up a couple of wickets in the second innings in which he dismissed both the South African openers. Klusener reckons that his knock in the first innings was fantastic and it helped India reverse the pressure and put it back on South Africa.

"I thought his knock in India's first innings was fantastic. His batting was excellent in the way he reversed pressure and put it back on South Africa. He is going to be fantastic for India. He is still developing and I think if he could add another yard of pace to his bowling, he would become a truly amazing all-rounder," Klusener told PTI.

In a short span of time in international cricket, Pandya has established himself as a regular in the team. His record in limited-overs cricket has been excellent with both the bat and the ball. In Tests, he now has a century and two fifties.

"All the signs are there that he is developing into a fantastic all-round prospect. Sure, he is bound to fail a few times the way he plays, but it is better to encourage that positive approach than reel him in.

"So, he is in good company, whether he plays for Mumbai Indians in IPL or in this Indian team, he is surrounded by a lot of good people. It is their responsibility to nurture him," he added.

The all-rounder's heroics though couldn't save India from a disappointing loss at Newlands. Despite triggering a South African collapse in the second innings, the visitors failed to chase down a paltry 208-run target.

It is to be noted that India opted out of the solitary practice game before this Test series. Klusener didn't agree with this approach.

"Look, it is always good to have a practice game under your belt. If India were touring in the sub-continent, then it wouldn't be the end-of-the-world if they didn't play a practice game before the tour. But for them to come to South Africa, it would have been nice for them to have the practice game in foreign conditions.

"If the shoe was on the other foot, and South Africa were touring India, they would have played at least one practice game to get used to sub-continental conditions," he said. He said there were lessons to be learnt from the defeat in the series opener.

"India can take a lot of learning from that first Test loss. It could have been a lot worse to be honest if Pandya didn't play that excellent knock and scored those 90-odd runs. I think that is a learning point for India in how they can turn this around. They need to be pro-active and take the pacers' challenge head on," he added.

"You expect to be battered with pace when you come to South Africa. Look at their team selection - they played four pacers - that in itself is a message from the Proteas. It was always going to be a challenge for India especially after they had just played Sri Lanka.

"That series went by in home conditions without the Indian batsmen playing any real fast bowling. Yes, they fought hard in this Test but lost chasing a small total, and this should be extremely disappointing for them," said Klusener. He was full of praise for the Indian bowling though.

"When you compare them to South Africa's pace attack, they do lack a bit of pace, bowling in the mid-130s. But what I found remarkable was that they immediately hit the perfect length for South African conditions. It was similar to the lengths Philander was bowling.

"In the past, we have seen Indian pacers come here and get carried away with bounce and carry. This time they have obviously spoken about bowling fuller lengths and it was excellent to see them executing their plans very well," said the Man of the tournament in the 1999 World Cup.

When asked about how the Indian batsmen should play Philander going ahead, the Zimbabwean batting coach said, "To a bowler of that pace, you have to stand out of the crease and force him to alter his lengths.

"You need to stand at least half a meter outside the crease, if not a full meter, and force Vernon Philander to bowl shorter lengths at you. You have to take the game to him and be proactive. If you stay in your crease and try to play him, you will be in trouble all day."

The visitors have only ever won 2 out of 18 Tests on South Africa soil, so they have their work cut out if Kohli aspires to win a series here.

"I will be honest with you. I don't see India winning this Test series. I don't see them winning two Tests on the bounce. Maybe they can win and draw. Coming from 1-0 down, 1-1 will be a good result for them. But to do that, they need to work to a plan.

"South Africa are a good team with good pacers. India's only chance is if they can get a big score on the board," Klusener signed off.

Comments
Topics mentioned in this article
South Africa Cricket Team India Cricket Team Hardik Pandya Lance Klusener Newlands, Cape Town South Africa vs India 2018 Cricket
Get the latest updates on IPL 2020, check out the IPL Schedule for 2020 and Indian Premier League (IPL) Cricket live score . Like us on Facebook or follow us on Twitter for more sports updates. You can also download the NDTV Cricket app for Android or iOS.