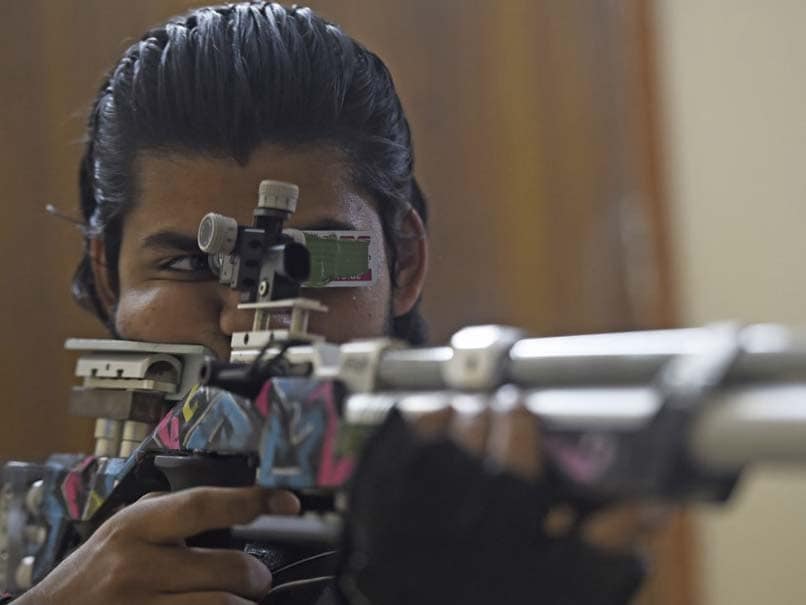 India's Divyansh Singh Panwar won the bronze medal in the men's 10m Air Rifle event at the ISSF World Cup on Saturday. The 10m Air Rifle final was the first medal round of the ongoing shooting tournament with two Indians -- Divyansh and Arjun Babuta qualifying for it. But in the final, it was World No.1 Divyansh Panwar who made a late surge to finish third in the final, taking home the bronze medal. Babuta finished a commendable fifth in the final at the Dr Karni Singh Shooting Range.

American shooter Lucas Kozeniesky won the gold with an overall score of 249.8 while Istvan Peni of Hungary clinched the silver medal with a score of 249.7.

Divyansh overtook Sergey Richter right at the end to secure a medal for India. The 18-year-old Indian finished with a total score of 228.1 while Arjun Babuta shot a total of 185.5 in the final.

After Babuta had been eliminated, it seemed India would finish outside the medals with Divyansh in fourth .03 points behind Richter. But the Israeli got a score of under 10, handing Divyansh the lead. Richter finished with a 10.7 but Divyansh shot a 10.3 to stay in the lead and book his place in the medal round.

On Friday, 2016 ISSF junior world cup bronze medallist Babuta was placed higher than Divyansh in the qualification round with a total of 631.8. Babuta came in third while Divyansh, with a score of 629.1 finished in sixth.

The third Indian in the fray, Deepak Kumar, failed to make the cut, finishing 12th with a total of 626.4.

Divyansh had already claimed an Olympic quota after winning the silver medal in the 10m air rifle event at the Beijing World Cup in April 2019.