Niklesh Jain he had planned the proposal before the start of the Olympiad. 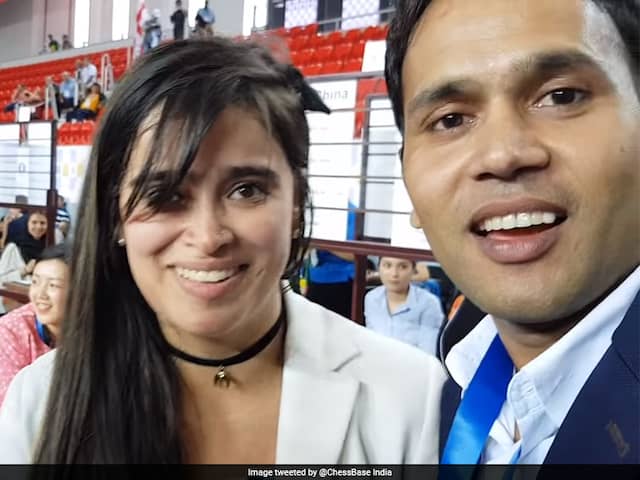 Indian chess player Niklesh Jain made the Batumi Olympiad 2018 the most memorable tournament for himself and his Colombian girlfriend, Woman Grandmaster Angela Franco, after he proposed to her before the start of 2nd round. Niklesh, speaking to chess.com in a video posted on YouTube, revealed that he had planned the proposal before the start of the Olympiad. "I think for a chess player, what better than Chess Olympiad, we are 189 countries and for us this is our temple. So I thought I can do this."

Niklesh further said that he had spoken about his plans with her girlfriend's elder sister, who told him to go ahead with it.

"In the morning, I told her sister, her sister is also a grandmaster, so I told her about my plan and we decided to do it here."

"The world is for peace, for love and there's no language, no colour, no bar of anything. We should be a good human being and this is good for world," Niklesh added.

Niklesh was captured in the video, posted on YouTube, sitting on his knees to propose to Angela with a ring. Angela was taken by surprise and accepted his proposal. Post the proposal, all the chess players present at the Olympiad cheered and applauded.